Ash Barty remains at world No.1, while fellow Aussie Storm Sanders sets new career-highs in both singles and doubles in the latest rankings. 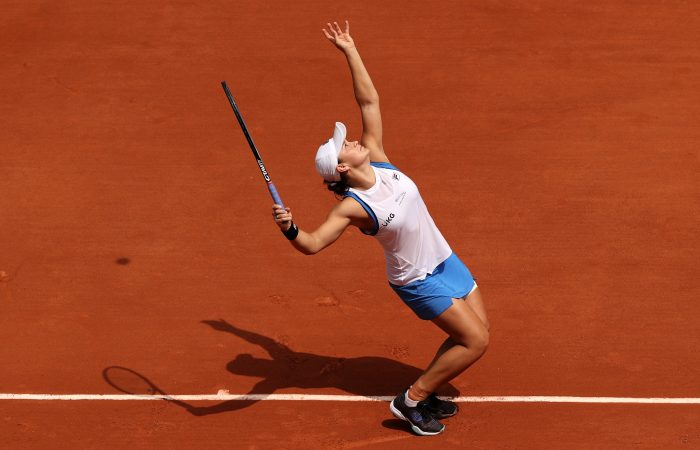 A hip injury derailed Ash Barty’s Roland Garros campaign, forcing the world No.1 to retire during her second-round match in Paris. But the good news for the 25-year-old Australian is that this result has not impacted her ranking, with Barty spending her 80th non-consecutive week atop of the WTA Tour singles rankings.

Storm Sanders is at a new career-high this week, rising 13 places to world No.148 after qualifying at a Grand Slam tournament for the first time, while Ellen Perez jumps 14 spots after reaching the final qualifying round at Roland Garros.

After second-round appearances at Roland Garros and Stuttgart, James Duckworth is the biggest mover in the latest ATP Tour men’s singles rankings.

The 29-year-old, who recorded his first main draw win in Paris then recorded a career-best top-50 win on grass last week, improves nine places to world No.92.

Storm Sanders’ remarkable season continues to deliver new highs, with the Australian setting a new career-high of No.61 in the latest WTA doubles rankings.

The 26-year-old scored a first Roland Garros win, then continued this momentum with a finals run at a WTA 250 grass-court tournament in Nottingham.

Luke Saville is at a new career-high this week, improving two places to world No.33 after reaching the third round at Roland Garros, while Matt Reid rises six spots to world No.94 after winning his third ATP Challenger title of the season.

> AUSSIES IN ACTION: Busy week ahead for Aussie stars