The grass-court season begins this week with tour events in the United Kingdom and Germany. 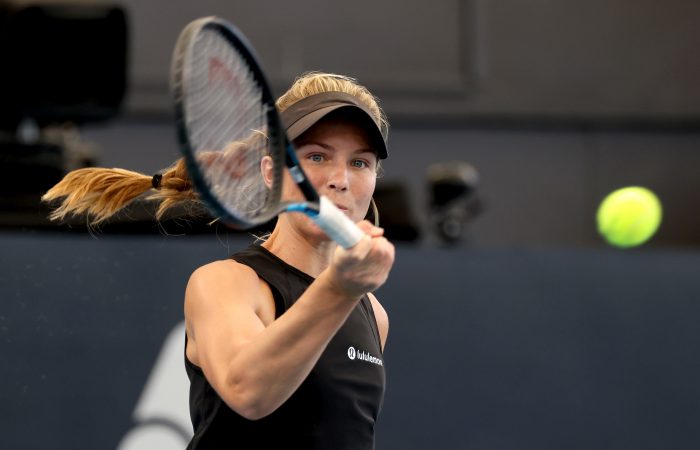 The grass-court season is the favourite part of the year for many of Australia’s top-ranked players. This year’s grass-court swing, which begins this week with events in the United Kingdom and Germany, also marks the first chance in two years that our professional players have had an opportunity to play on grass. All grass-court tournaments were cancelled last year due to the global COVID-19 pandemic.

Maddison Inglis’ tour return has ended with an opening-round loss at a WTA 250 tournament in Nottingham.

Dutch qualifier Lesley Pattinama Kerkhove recorded a 6-1 6-4 victory against the 23-year-old from Perth, who had not competed since making the second round as a qualifier at the Adelaide International in February.

Australia is also strongly represented at an ATP Challenger event being played concurrently in Nottingham this week, with Aleksandar Vukic and Matt Ebden advancing to the final qualifying round.

Thanasi Kokkinakis, one of three Australian men already in the singles main draw, has been handed a tough opening-round assignment. He plays top seed and world No.27 Dan Evans.

Australia’s James Duckworth and Chris O’Connell are attempting to qualify at an ATP 250 tournament on grass in Stuttgart this week.