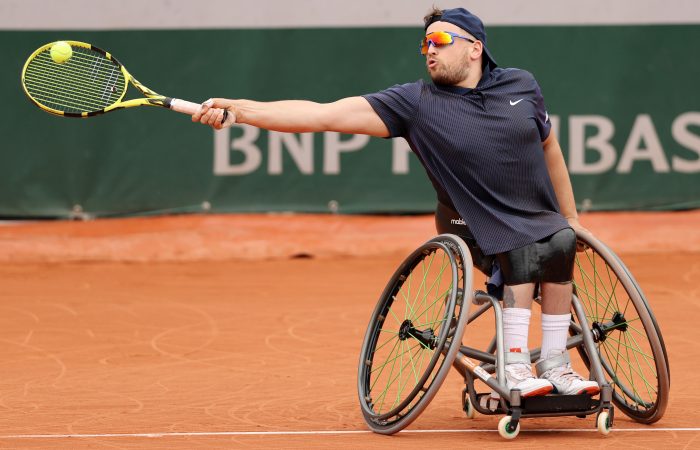 Teaming up for a first time, 30-year-old Alcott and 21-year-old Schroder made a slow start. They found themselves down 2-5 in the opening set, before fighting back to force it into a tiebreak.

After winning only a single point in the tiebreak, Alcott and Schroder briefly regained momentum in the second set. They raced ahead 3-0, only to lose the next four games.

Refusing to panic, Alcott and Schroder clinched the next three games to level the match.

The 30-year-old Lapthorne and 47-year-old Wagner took an early lead in the match tiebreak, moving ahead 5-3.

Winning four of the next five points, Alcott and Schroder established a 7-6 advantage. However, Lapthorne and Wagner won the final four points of the match to seal victory.

It is a first Roland Garros doubles title for Lapthorne and a third consecutive win in Paris for Wagner.

Congratulations to @wagnertennis and @lapstar11, who have captured their first #RolandGarros quad doubles title as a team with a 7-6(1), 4-6, 10-7 win over Schroder/Alcott. pic.twitter.com/yynivQjQnt

World No.1 Alcott now turns his attention to the quad wheelchair singles final, where he’ll face-off against Schroder in a bid to win his third straight Roland Garros title.

Shang won 6-4 5-7 7-5 in two hours and 46 minutes against the 17-year-old from Queensland, who was making his Roland Garros debut.