World No.1 Dylan Alcott is one of six Australians in action on day seven at Roland Garros. 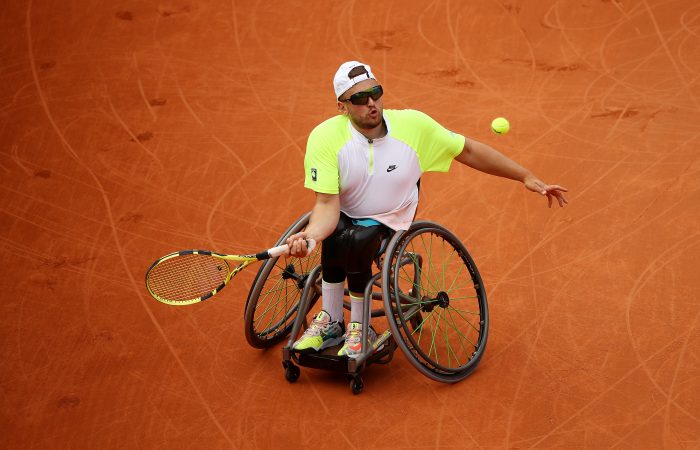 Aussies in action on day seven:

Max Purcell (AUS)/Luke Saville (AUS) v [2] Juan Sebastian Cabal (COL)/Robert Farah (COL)
Men’s doubles, third round, Court 9, first match (from 7pm AEST)
Enjoying a career-best run in Paris, 23-year-old Purcell and 27-year-old Saville face the No.2 seeds in the third round. Farah, the world No.3, and No.4-ranked Cabal are two-time Grand Slam champions and former world No.1s. Winners of two titles so far this season, the Colombian combination carry momentum into this clash with No.46-ranked Purcell and No.35 Saville. But after saving match points in their opening-round win, the Aussies have nothing to lose as they look to reach their second Grand Slam quarterfinal.

Luke Saville (AUS)/Gabriela Dabrowski (CAN) v Aslan Karatsev (RUS)/Elena Vesnina (RUS)
Mixed doubles, first round, Court 9, third match
Making his Roland Garros mixed doubles debut, 27-year-old Saville is partnering world No.11 Dabrowski. The 29-year-old Canadian, who is a two-time Grand Slam mixed doubles champion, was set to play with world No.1 Mate Pavic, but switched to world No.35 Saville when her partner tested positive to COVID-19. Vesnina is a former world No.1 doubles player returning from maternity leave, while Karatsev is one of the most improved in the men’s game.