A teenage Evonne Goolagong made a memorable and history-making Grand Slam breakthrough at Roland Garros 50 years ago today. 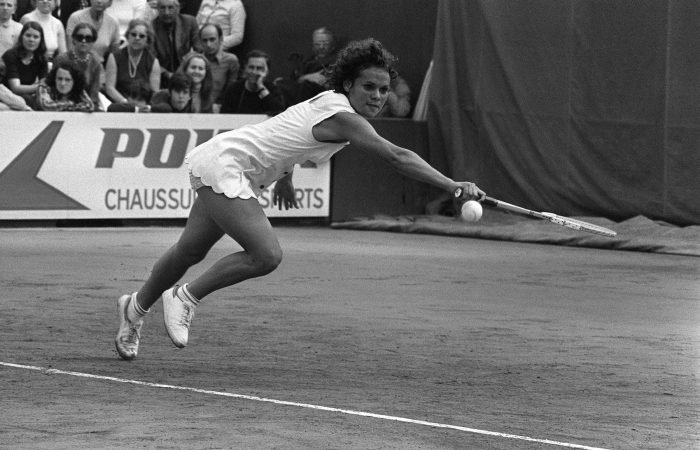 It has been 50 years since Evonne Goolagong’s incredible Grand Slam breakthrough at Roland Garros. To celebrate, we look back at her memorable title-winning run …

A 19-year-old Evonne Goolagong made a stunning debut at Roland Garros in 1971, claiming her first Grand Slam singles title.

Two-time defending champion Margaret Court had been the favourite to win the title, but the top-seeded Australian lost in the third round. It was Court’s earliest Grand Slam exit in nine years.

Instead two young Australians stepped into the spotlight in Paris.

The athletic Goolagong, who was the No.3 seed, progressed to the final without dropping a set.

“Though I was seeded number three in Paris, I expected nothing more than high-grade experience in my first major championship in Europe that year. But I got more out of the trip than a look at the Eiffel Tower and the Mona Lisa,” Goolagong wrote in her book Evonne.

“Helen’s very steady and troublesome. I beat her, 6-3 7-5, but I had to come from 0-3 and 2-5 in the second set, running out the last five games despite five set points she held against me,” Goolagong recalled.

With her victory against the unseeded Gourlay, Goolagong became the first woman since American Althea Gibson in 1956 to win Roland Garros on debut.

Her Grand Slam breakthrough was also a first for an Indigenous Australian, making Goolagong a national hero and helping her earn Australian of the Year honours in 1971.

“It’s something I’ve always wanted – to be known as an Australian. When I was younger I was always referred to as an Aboriginal tennis player,” Goolagong said in accepting her Australian of the Year award.

Goolagong Cawley, as she is now known, finished her trail-blazing career with 14 Grand Slam titles – seven singles, six doubles and one mixed doubles.

She contested Roland Garros only four times during her career, building a 16-3 win-loss record. As the defending champion in 1972, she finished runner-up to Billie Jean King.

Inspiring young Indigenous Australians to follow their dreams, just as she first did 50 years ago, remains Goolagong Cawley’s passion.

She now runs Goolagong National Development Camps for Indigenous girls and boys across the country through the Evonne Goolagong Foundation. And when Ash Barty followed in her footsteps to claim her maiden Grand Slam title at Roland Garros in 2019, Goolagong was bursting with pride.

“What a wonderful result for Australia and how exciting that another Aboriginal has won at the French,” she said.

Barty spoke about Goolagong Cawley’s legacy this week in Paris, acknowledging her contribution to Australian tennis.

“It’s so hard to put into words how much of an impact Evonne has made in not only the culture of tennis in Australia, but the culture and attitude and I think the way that people approach their tennis and enjoy their tennis,” Barty said.

“She had an incredible career. We all know that. Her elegance and her grace on the court was next to none. It was just remarkable. I think as a person the way she’s helped shape and guide a whole generation of Indigenous youth, and also young boys and girls around Australia, has been incredible.

“I think when you have these anniversaries like this, you kind of reminisce a little bit and understand how much of an impact they genuinely had. Evonne for me is the perfect example of that. I don’t think there’s anyone more iconic or more special in tennis in Australia that’s had such an impact. For me, she’s the best there is.”