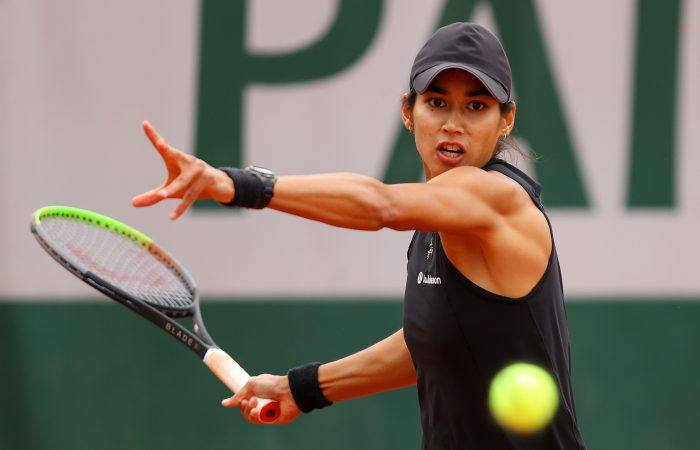 Although Astra Sharma grew up playing on hard courts in Perth, she’s rapidly building a reputation as a clay-court threat.

The 25-year-old has made two WTA-level singles finals, both on clay. She won her first tour title on the green clay of Charleston in April, scoring a career-first top-30 win against Ons Jabeur in the final.

Sharma describes her title breakthrough as “a turning point”, noting it taught her she plays her best tennis when focusing on her own performance rather than results.

Her best Grand Slam win has been on clay too, defeating world No.58 Anna Blinkova in the opening round at Roland Garros in 2020.

Returning to Paris this year as a wildcard entry, Sharma’s confidence is at an all-time high.

“My clay results have proven I match up well with the surface,” Sharma told The AO Show this week. “It really highlights my movement, my serve, my spin.”

Contesting her ninth Grand Slam main draw, Sharma believes she can better her career-best efforts of second round appearances at Australian Open 2019 and Roland Garros 2020.

“I definitely feel like I can go further,” the world No.124 said.

“Just having more and more appearances at Slams, that definitely gives you, I guess, calmness. You don’t get so overwhelmed.”

Sharma’s first-round opponent is 26-year-old Romanian qualifier Irina Bara. The world No.122 advanced to the third round in Paris last year, so like Sharma feels confident on clay. It will be Sharma’s first career meeting against Bara.

Sharma, who is “extremely grateful” to receive Tennis Australia’s reciprocal wildcard at Roland Garros, is refusing to put too much pressure on herself.

“It’s just another tournament, that’s how I’ve been approaching it this time,” she said of her more mature outlook on competing at Grand Slam events.

“I’m happy with the opportunity and ready to give it everything I’ve got.”