Sixteen Australians feature in the Roland Garros 2021 doubles draws. Find out who they play ... 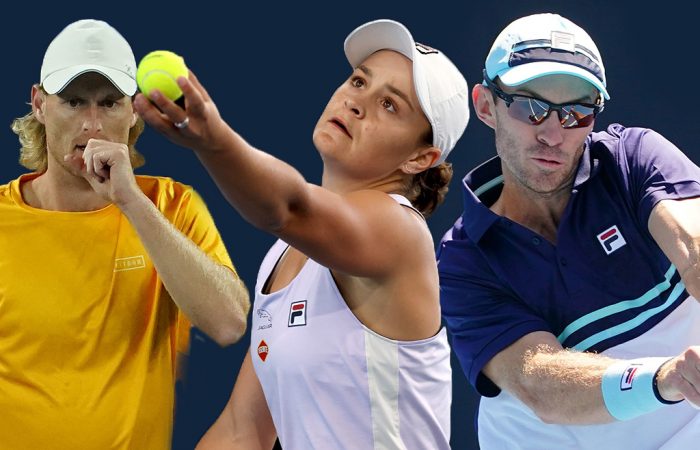 Six teams in the Roland Garros 2021 men’s doubles draw feature Australian players – and all have avoided seeded opponents in their first round match-ups.

John Peers and New Zealand’s Michael Venus, who won their fourth career ATP doubles title as a team in Geneva earlier this month, are the No.10 seeds. They face French wildcards Benjamin Bonzi and Antoine Hoang in their opening match.

Matt Ebden and John-Patrick Smith, who were quarterfinalists at Australian Open 2021, have a difficult opening match-up against higher-ranked Robin Haase of the Netherlands and German Jan-Lennard Struff.

Ellen Perez and China’s Zheng Saisai, a Roland Garros doubles finalist in 2019, are the No.13 seeds in the women’s doubles draw. They have a tough first-round assignment against American combination Cori Gauff and Venus Williams. The 17-year-old Gauff is ranked No.41 in doubles, while 40-year-old Williams is a former world No.1 and a two-time Roland Garros doubles champion.

Ash Barty and American Jennifer Brady are the No.15 seeds. They face Russian Anastasia Pavlyuchenkova and Kazakhstan’s Elena Rybakina in the opening round.

Ajla Tomljanovic was the sole Australian in action on day one at Roland Garros and the 28-year-old made a winning start, advancing to the second round in singles.

The doubles events begin later in the week.