Australia's Storm Sanders has qualified at a major for the first time in her career, earning her place in the main draw at Roland Garros 2021. 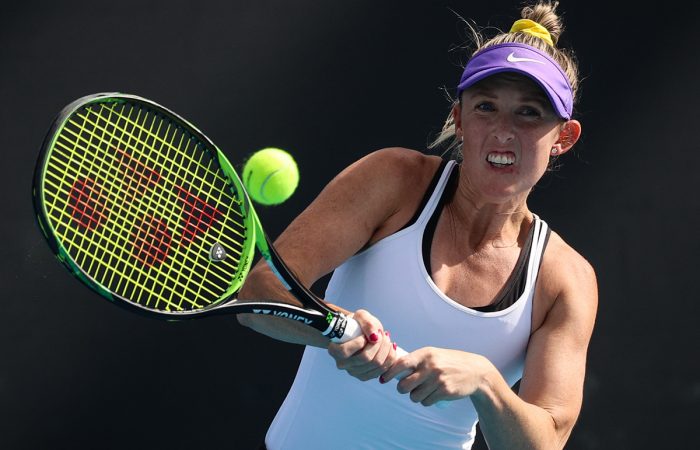 Storm Sanders’ incredible year of firsts continues, with the 26-year-old qualifying for a major tournament for the first time in her career.

The 26-year-old Australian, whose season highlights already include setting a career-high singles ranking and reaching a first WTA-level quarterfinal, earned her place in the Roland Garros main draw with a 7-5 7-5 win against Switzerland’s Susan Bandecchi in Paris today.

It was a steely performance from the world No.161, who fought back from early deficits in each set during the 108-minute battle. Sanders finished the match with 34 winners.

It will be Sanders’ fourth main draw singles appearance at a Grand Slam – and a first since Australian Open 2016.

It’s a remarkable rise for Sanders, who only a few years ago decided to focus primarily on doubles. Since returning to singles in October 2019, the left-hander has produced the best tennis of her career and proved why you should never give up on a dream.

Sanders will face No.14 seed Elise Mertens of Belgium in the opening round.