Find out who our Australian players will meet in their opening-round matches in Paris. 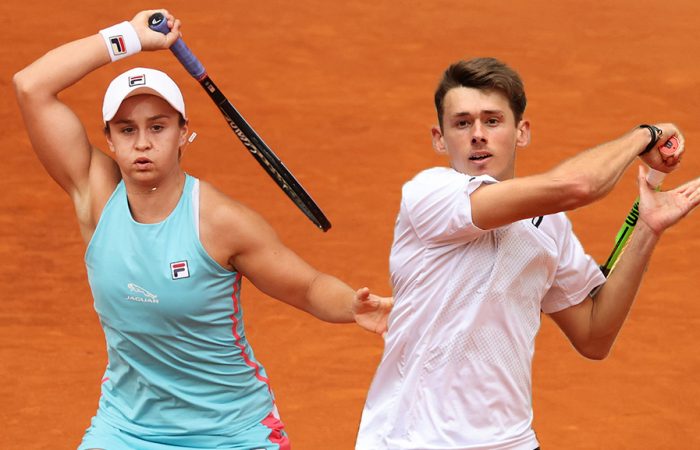 The draws for Roland Garros 2021 are set – and there’s some mixed fortunes for our Aussie contenders.

Ash Barty is the top seed in the women’s singles draw. The 25-year-old begins her campaign against world No.70 Bernarda Pera. It will be Barty’s first career meeting against the left-handed 26-year-old American.

Wildcard Astra Sharma has landed in the same section of the draw as Barty, who looms as a potential third-round opponent for the 25-year-old from Perth. Sharma plays qualifier Irina Bara in the first round.

Ajla Tomljanovic has been pitted against a top-20 seed in the opening round in her past four appearances in Paris – but this streak has, fortunately, ended. This year the 28-year-old Australian meets Ukrainian Kateryna Kozlova, a 27-year-old who entered the draw with a protected ranking. Tomljanovic won their only previous meeting in straight sets.

Storm Sanders is making her Roland Garros main draw debut. The 26-year-old qualified without dropping a set and has been pitted against No.14 seed Elise Mertens in the opening round.

In the men’s singles draw, Australia’s top-ranked man Alex de Minaur plays Italian Stefano Travaglia in the first round. The No.21-seeded De Minaur has a 1-0 head-to-head record against the world No.77.

John Millman and James Duckworth also face Italian opponents in the opening round. Millman, who has avoided a seeded player in the first round for the first time in five years, meets world No.85 Gianluca Mager, while Duckworth has drawn world No.81 Salvatore Caruso.

Alexei Popyrin has been handed the toughest draw possible. The 21-year-old, who won the Roland Garros boys’ singles title in 2017, plays 13-time champion Rafael Nadal. It will be a rematch of their Madrid Open third round match earlier this month, which world No.3 Nadal won in straight sets.

Jordan Thompson is set to face Spain’s Jaume Munar, which will be his first career meeting against the world No.80.

Australians Aleksandar Vukic and Marc Polmans lost in the final qualifying round last night, dashing their hopes of joining their peers in the main draw.