Proud to be open for all 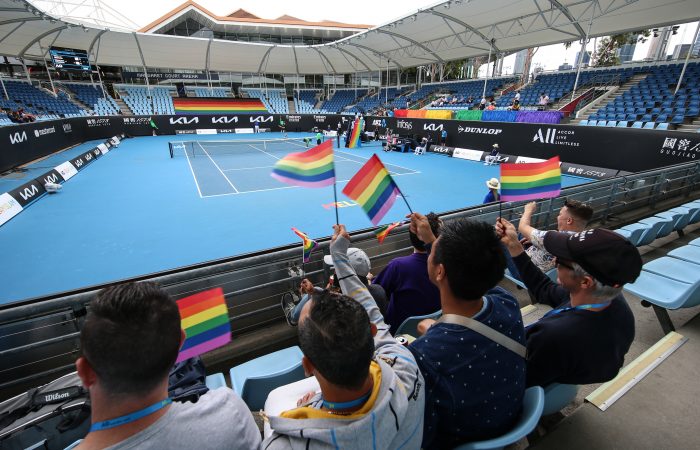 When Tennis Australia introduced Trans and Gender Diverse Guidelines for Community Tennis in late 2020, it was a powerful statement that the sport proudly is open for all.

The guidelines advocate awareness, sensitivity and ultimately actions within community tennis to enable all individuals to participate in the way that is consistent with their gender identity.

“I think it is important that these guidelines exist because there probably is a lack of education for a lot of tennis clubs out there, and the public in general, when it comes to treating trans and gender diverse people with respect,” Garth said.

“Generally, the whole country is slowly becoming more progressive, but there are still a lot of situations where people don’t know what to do, even if they have good intentions and don’t want to offend anyone. This is where these guidelines will help in offering realistic examples and directions on best practices.

“It is encouraging for prospective players that they can trust that organisations like Tennis Australia are really making an effort to make sport more inclusive. With increasing visibility and the guidelines coming in, I hope more people will feel encouraged to give tennis a go.”

Garth, who grew up in Melbourne’s eastern suburbs, has always enjoyed tennis.

“I was a sporty kid and have liked tennis since I can remember,” he said. “I would always watch it on TV and I got a Pete Sampras racquet for Christmas when I was about five. I had lessons for quite a few years and played junior competition.”

Music became a bigger priority during his teenage years, but Garth recently picked up a racquet again after discovering VicTennis, an LGBTQ+ club in Melbourne.

“When I was growing up I never experienced any hostility towards queer people (in tennis), but there wasn’t really an invitation for us either or acknowledgement that people like us existed,” Garth said.

“I can see, especially in the past, how trans people would not have felt welcome. But I think things are changing now and hopefully they will continue to change with these guidelines in place.” 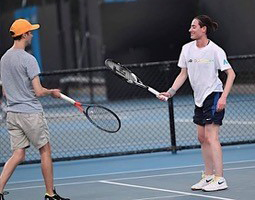 Garth, who shared his own experiences to help shape the guidelines, believes there is no need for the tennis community to feel threatened by trans and gender diverse players.

“When people think of trans people in sport, what often first comes to mind is controversy and debate about participation at the elite level,” he said.

“Community guidelines, which are purposed as that, will help people to remember that people like me are in the local community and we just want to play tennis and have fun doing that. I think that’s really important to recognise and will help change attitudes and perspectives when it comes to welcoming trans people playing sport.”

Garth now competes regularly, is a VicTennis committee member and has participated at the Glam Slam, the only LGBTQ+ tournament held concurrently with a Grand Slam in the world. He even sang the Australian national anthem during the Glam Slam finals at Melbourne Park during Australian Open 2020.

“It was a really cool way to combine music and tennis, two of my favourite things,” he said of the experience. “It was a bit surreal, I never thought I’d have that opportunity.” 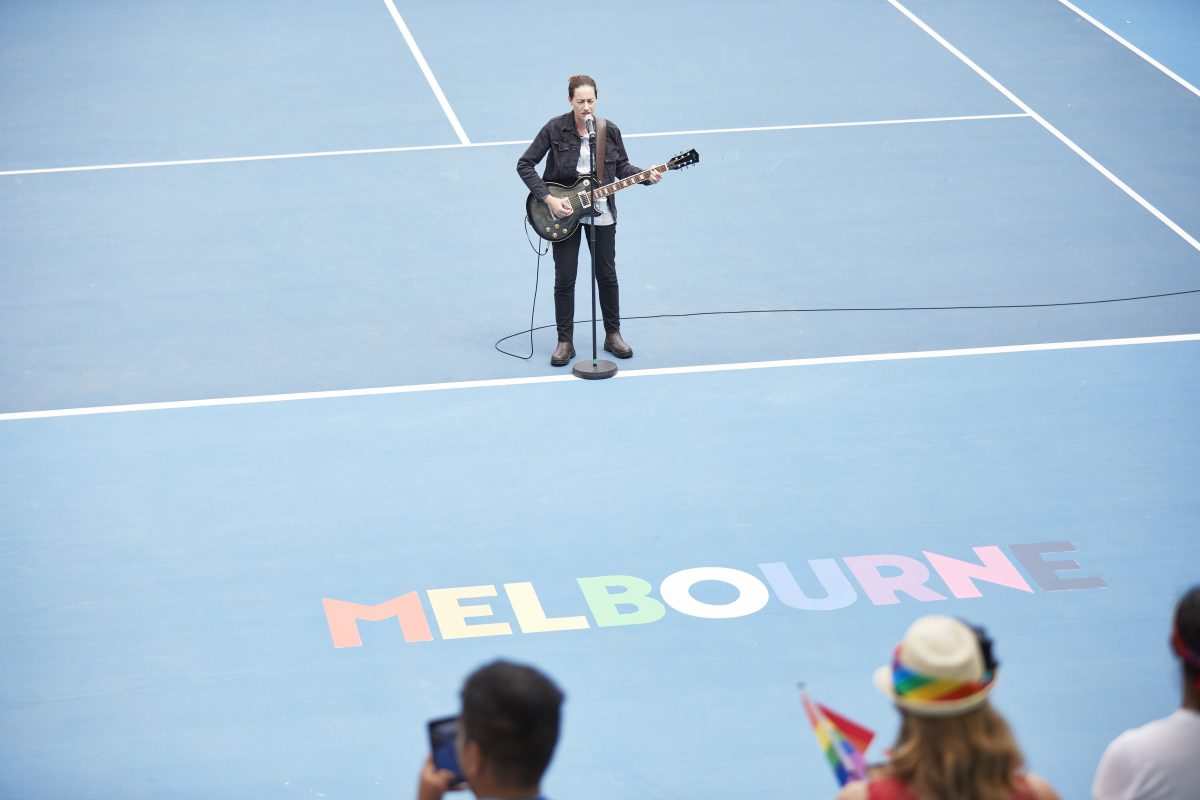 While there are a growing number of LGBTQ+ clubs across Australia, Garth notes it is important that all tennis clubs provide welcoming environments.

“Tennis is a uniquely individual sport and doesn’t require you to blend in with a team, in fact it encourages you to express yourself on court and have your own playing style,” he said.

“Tennis is also quite an inclusive sport when it comes to gender, as it is non-contact and there are no issues with men and women playing mixed doubles together.

“I would actually recommend tennis to everyone. There are so many levels of skill and seriousness where you can play and feel comfortable.”

Such affirmations please Tennis Australia Chief Executive Officer Craig Tiley, whose ongoing priority is making the sport more welcoming and accessible for all.

“The tennis court and club should be a place of enjoyment and comfort for everyone, where people from all walks of life get to know each other without fear of judgement or harassment,” said Tiley, an Ally of the Year finalist at the 2021 Australian Pride in Sport Awards.

“Inclusivity is at the very core of what we do, and that also involves creating an environment where people feel safe and comfortable to be themselves.”

Happy International Day Against Homophobia, Biphobia, Interphobia and Transphobia to our tennis community. To learn more about opportunities and pathways for LGBTIQ+ members to enjoy tennis, please contact [email protected].