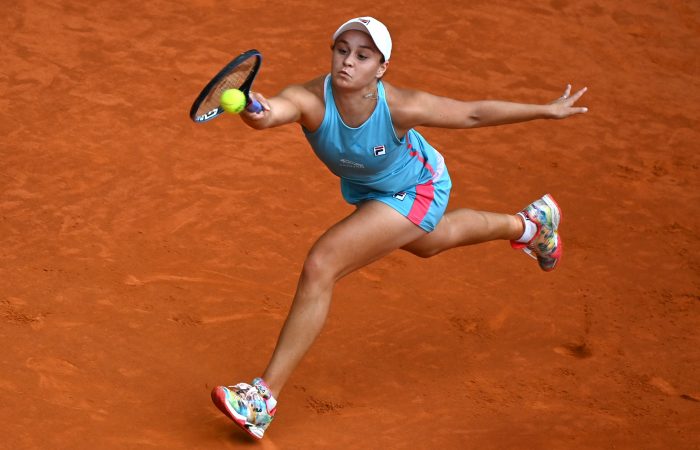 Belarusian Aryna Sabalenka recorded a 6-0 3-6 6-4 victory against a gallant Barty in today’s final.

A red-hot Sabalenka, who had qualified for the final without dropping a set, lost only four points on serve in a dominant opening set. The world No.7 was overpowering Barty with her blistering serve and groundstrokes, not providing the Australian with an opportunity to settle into the match.

“She takes the ball out of my court and essentially takes the racquet out of my hand when she serves the way she did in the first set,” Barty conceded.

Barty broke in the first game of the second set, finally getting on the scoreboard and gaining some important momentum.

Proving why she is the world No.1, a calm Barty continued to battle hard against the Belarusian’s constant attack. Using her variety to push Sabalenka further behind the baseline, the Australian was able to level the match.

“You just reset and start again,” Barty explained of her mindset in the second set. “That was important for me to try to do. I think I just needed to try a few different things. I shifted my court position around more than anything to try to give her a little bit of a different look, try to break some rhythm, some momentum.”

The deciding set was extremely close until the final stages, when Sabalenka struck to win the last 11 points of the match and secure her 10th career singles title.

“She served well in the big moments,” Barty said. “You have to tip your hat and say too good when she comes up with serves at 185, 190 plus on big points. That’s why she’s a very, very fierce competitor.”

The victory guarantees the 23-year-old Sabalenka will rise to a new career-high ranking of world No.4.

“Hopefully we have a few more finals this year,” the gracious Barty said to Sabalenka during the trophy presentation. “This tournament for you has been fantastic, you thoroughly deserve to be the champion.”

The loss ends Barty’s winning streak on European clay at 16 matches. It also snaps a five-match winning streak in finals for the 25-year-old Australian, who now turns her attention to next week’s Italian Open.