Astra Sharma moves into the Charleston semifinals, while Ellen Perez and Storm Sanders are through to the doubles finals. 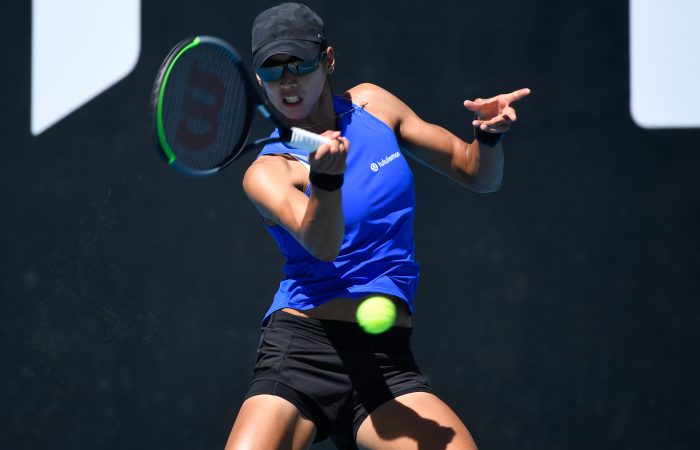 The 25-year-old from Perth recorded a 6-4 6-3 quarterfinal win against 15-year-old Czech Linda Fruhvirtova in a WTA 250 tournament at Charleston today.

“Linda is such a talented player. She is so young and already playing an amazing level,” Sharma said after her one-hour and 24-minute victory.

“I’m really proud. I’ve had a rough start to the season and this is just amazing for me to be here and get some back-to-back wins and consolidate, so I’m really happy with the progress that I’ve made.”

Sharma, who is currently ranked No.165 and made her only previous WTA semifinal in 2019, faces in-form 19-year-old Colombian Maria Camelia Osorio Serrano in the semifinals. The No.135-ranked Serrano is on an eight-match winning streak after claiming her maiden WTA title in Bogota last week.

It qualifies each for their sixth career WTA doubles final and a second as a combination.

They will face either American duo Caty McNally and Hailey Baptiste or France’s Elixane Lechemia and American Ingrid Neel for the title.