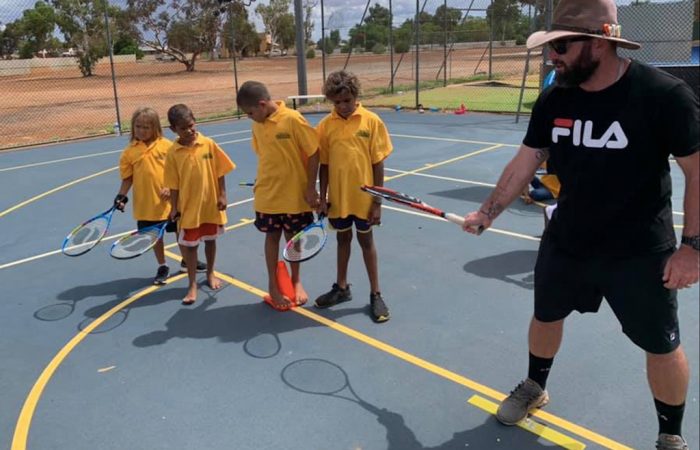 Jarron Kretschmann covers a lot of ground. Based in the coastal town of Geraldton, Western Australia, the regional tennis coach averages 4000 kilometres a week at the height of the tennis season, travelling all over the top section of the state and into the Northern Territory, bringing the sport to remote communities.

“My official service area is from Lancelin, which is about 180 kilometres north of Perth, to Darwin,” Kretschmann says. “So that’s two thirds across Australia.”

The distance can be hard to comprehend, especially when you consider Kretschmann does it all by car, often on dirt roads.

“Our vehicles are all equipped to live off-grid,” he explains. “I invented this type of drive-in, drive-out tennis coaching, and spend four to six weeks at a time away from home.”

With an off-road caravan in tow, Kretschmann brings his wife and two young daughters with him whenever he can. “The kids love it,” he enthuses. 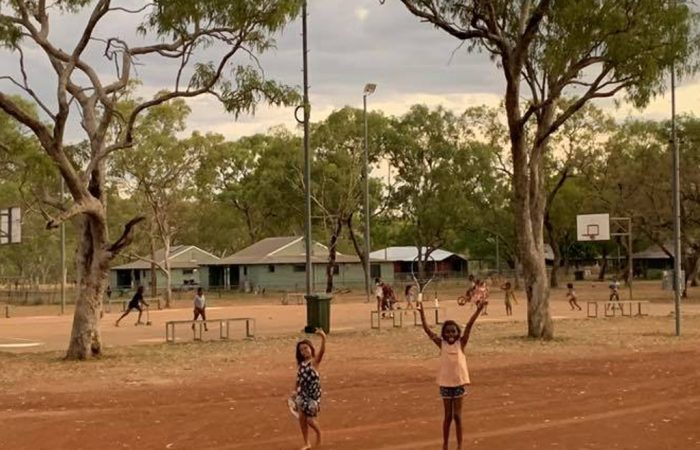 The 37-year-old has come a long way, literally and figuratively. Born and raised in the Far North Queensland cane-farming town of Aloomba, just south of Cairns, Kretschmann first hit the court at the age of four.

“I come from a proud sporting family. My mum played tennis at a regional state level for a long time, and my dad’s family were all track sprinters,” says Jarron, relating that his aunt made the 1956 Olympics team.

Having played his first satellite tennis event by age 12, Kretschmann moved to Brisbane to pursue higher education and tennis. For a time, he shared a coach on the Gold Coast with a young Bernard Tomic, and trained alongside Mark and Scott Draper.

Through the early-mid 2000s, professional tennis took Kretschmann all over the world. Unfortunately, his body wasn’t handling the lifestyle well, and he retired from the pro circuit in 2006.

“I came back from a tour of Asia and just woke up one day and realised I was taking too many Nurofen to be able to play the game,” he explains. “I wasn’t enjoying it.”

While his pro career may have ended prematurely, Kretschmann looks back on the period with fondness, and is still in touch with many of the local and international players with whom he toured.

Plus, it led him to the cross-country coaching life he enjoys now. Following stints at clubs on New Zealand’s South Island and in Alice Springs, Kretschmann moved to Geraldton in 2008. SunCity Tennis Academy was born the following year.

Kretschmann operates the academy out of Tarcoola Park Tennis Club. While the coach has been doing regional coaching for over a decade now, it was in 2017, with the establishment of Remote Tennis Services Australia, that things really took off.

“If there’s a road to a town or a cattle station, or a remote Aboriginal community, then I’m going there,” Kretschmann says.

Perhaps his most impactful work has come through the academy’s partnership with Murlpirrmarra Connection, a non-profit that serves to provide educational opportunities to Aboriginal youth in remote communities.

The organisation is headed by former tennis pro and Geraldton local, Darren Patten. Together, they developed their own Indigenous Tennis and Learning Program, working closely with the Evonne Goolagong Foundation. Ian Goolagong is the program’s official ambassador. 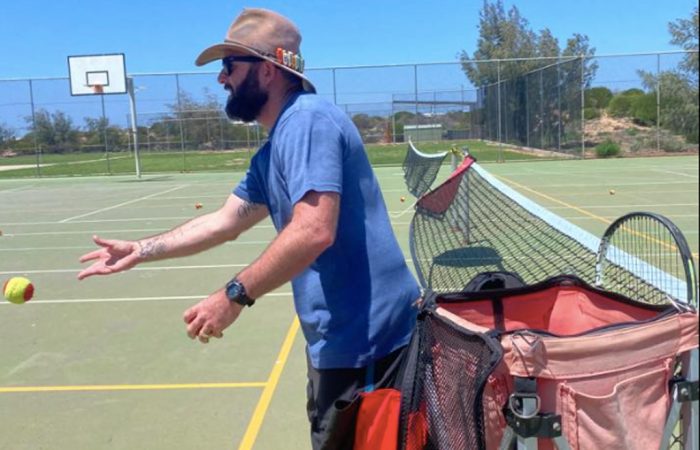 With Murlpirrmarra Connection, Kretschmann has travelled to some of the most remote communities in WA, including Wiluna, in the Mid West region. Nearly 900 kilometres inland, it’s a town the coach returns to, to deliver kids holiday clinics.

“I have a very staunch policy that I’m not going to go to these communities once,” Kretschmann says. “I’m a big believer in continuity, so if I get out somewhere once, I’m coming back annually, if not twice a year.”

Wananami Remote Community School, in the Kimberley region, is where Kretschmann has seen the power of the sport, and the profound importance of Indigenous representation.

Situated off the Gibb River Road, Kretschmann drove six days from Geraldton to get there last October, where many kids were newly introduced to the sport.

“After our opening statement and once we’ve introduced ourselves, we sit the girls down especially and say, ‘Look, Australia’s had three No.1  women in tennis in the last 100 years and two of them are Aboriginal girls: Evonne Goolagong and Ash Barty.”

“The young girls really sit up and take notice when you tell them the current number one player in the world is a proud Aboriginal woman.”

And with that, the kids pick it up and run with it. 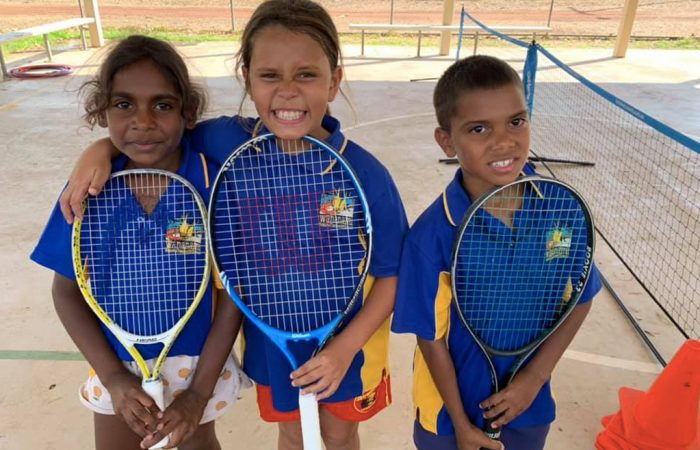 “The three days we were up there teaching tennis, we gave them all racquets and balls,” Kretschmann explains. “Every afternoon, they would go home from school, put their best out-of-school clothes on and then they’d go down to the local basketball court outside the school.

“It’s 40 degrees, bitumen court, and shoes really aren’t a thing in the bush. They are in their Sunday best playing tennis until it gets dark and then they walk home. And that was every day. Every day.”

“Some of the regions don’t have TVs – they’ve never seen tennis on the TV,” Kretschmann explains. “They don’t know who Ash Barty is, so we bring photos.”

If Ian Goolagong comes along with the team, he sits down and talks about his sister, Evonne, and brings a replica of her iconic wooden bat. “Sometimes it gets quite tear-jerking,” Krestchmann adds.

Kretschmann says the kids take to the game in a flash. “The raw talent is just mind-blowing,” he says. “The kids pick up a racquet, they go, ‘Alright, I can bounce a ball.’ And five minutes later, you show them how to do one basic thing and they’re having a rally.”

While the focus of the program is about using tennis as a tool for education and personal growth, Krestchmann says when they come across kids with pro potential, it’s approached with those program goals in mind.

“We don’t look at kids and go, ‘You’re going to be the next world number one.’” But they do point out to some kids with natural talent that tennis could be a pathway to go to college and potentially receive a free university education in the United States.

While his career mightn’t have panned out how he once planned, Kretschmann’s journey coaching has proved to be that much more rewarding.