Australian men inspiring each other

Alex de Minaur and Nick Kyrgios are proudly buoyed by the success of their Aussie peers this summer. 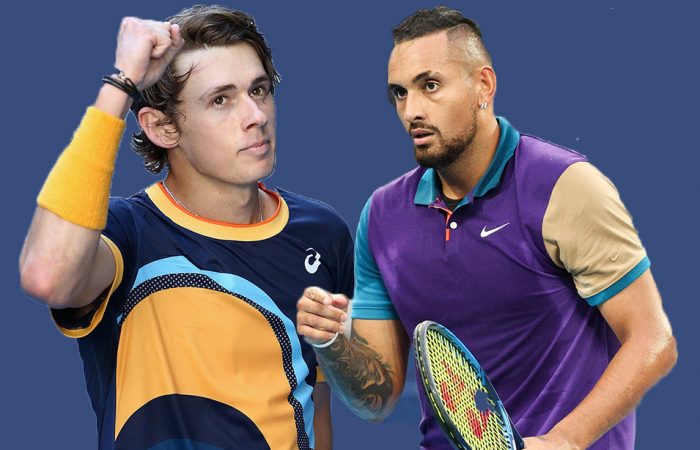 For the first time in 18 years, eight Australian men progressed to the second round at the Australian Open.

It is an impressive milestone that excites Alex de Minaur, Australia’s top-ranked man at world No.23.

“Tennis is an individual sport, but I truly believe in what we’re doing in Australia,” the 21-year-old says.

“We’ve got so many knocking on the door and so many in the top 100, so I think we’re in a great spot. It definitely does motivate me, because I know that we’ve got all these team-mates pushing top players.”

Like many Australian fans, De Minaur has been enjoying all the action at Melbourne Park this week.

This is the first time O’Connell, a 26-year-old wildcard from Sydney ranked No.121, has advanced to the second round at Melbourne Park.

Other Australian players have enjoyed long-awaited returns to this stage.

James Duckworth, who has had eight surgeries in the past four years, also advanced to the second round for the first time since 2015.

While former top 20 player Bernard Tomic earned his place in the draw as a qualifier, then reached the second round for the first time since 2017.

Like De Minaur, Kyrgios is proud to see so many Australian players enjoying tour-level success this summer.

“We’ve got such a big crop of players now, especially about five or six of us at the top that they’ve got to draw from,” Kyrgios says.

“All these other Aussies, they’re capable. They just need to believe in themselves. They’re good players. I know, I’ve played with them, I’ve hit with them, I’ve seen them play.”

An inspired De Minaur hopes the Aussie men can continue these strong results at the Australian Open this fortnight and into the 2021 season.

“Us Aussies, we always seem to play really well here in Australia,” he says. “Now it’s time to, hopefully, take this momentum with us and go conquer the world.”