Determined to keep improving, Astra Sharma is hoping for a strong performance at Australian Open 2021. 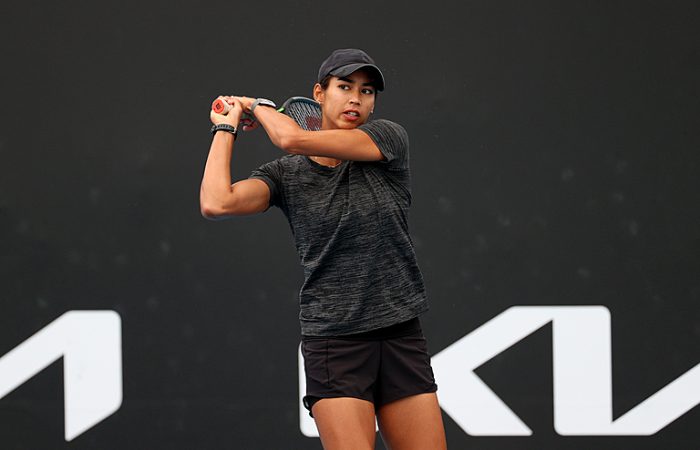 You never stop learning, as Astra Sharma has discovered.

Even since switching her attention from the classroom to the tennis court, there’s been no shortage of new lessons for the 25-year-old from Western Australia.

Sharma attended US college before pursuing a professional tennis career, majoring in medicine, health and society at Vanderbilt University in Nashville. But determined to test herself against the world’s best tennis players, Sharma has put her ambitions of becoming a surgeon on hold for now.

Instead, Sharma’s focus has been on achieving the best she can in tennis – and she has quickly amassed some impressive milestones. This includes reaching the Australian Open 2019 mixed doubles final and setting a career-high singles ranking of No.85 later that year.

However, a disrupted 2020 season stalled Sharma’s momentum and she spent a large part of the year training in Perth instead.

“I worked a lot on my backhand, tried to sharpen up my strengths and on my general fitness base, trying to elevate that to the max. It was such a long training block,” Sharma told tennis.com.au.

Yet according to Sharma, the unexpected lessons that 2020 served up have already proven invaluable.

“The biggest lessons were just to stay flexible and adaptable – and not worry too much about what is happening in the environment around you,” Sharma said.

“A lot of things were not perfect and you can’t always feel great going into a match, but just how to stay pretty resilient and find a way in tough situations is what I learnt.”

When Sharma returned to the tour late in 2020, she put these lessons to immediate use.

After losing in the final qualifying round at Roland Garros in September, Sharma took advantage of a lucky loser spot in the draw. Her first-round victory against world No.58 Anna Blinkova was the biggest Grand Slam singles win of her career.

“I didn’t play particularly clean, but I thought I was really tough and scrapped out some really good wins there,” Sharma said of her Roland Garros experience.

“It was good to know that even if not everything is going great, just competing will get me somewhere.”

This provides added confidence as Sharma prepares for Australian Open 2021, not that the world No.129 is concerned about her preparations.

Sharma has spent the past few weeks training in Melbourne alongside her fellow Aussie players, relishing the opportunity to practice in a team-like environment.

“By this time now, we normally would have had a couple of events under our belt,” Sharma noted of the delayed season start.

“It feels a bit weird, but I’m really lucky to be here with all of these girls and get as much practice and match play I can.”

At the Melbourne Summer Series, Sharma pushed six-time Grand Slam quarterfinalist Kaia Kanepi to three sets in the Gippsland Trophy opening round. The in-form Kanepi has gone on to defeat a run of seeded opponents and reach tomorrow’s final.

“I’m really grateful and hope to put it to good use,” Sharma said of her wildcard.

“I’m not going in with any real expectations. It’s been a bit of a weird few months for everyone but I’m playing pretty well I feel, so that’s all I’m focusing on.”

Sharma faces world No.73 Nao Hibino of Japan in the Australian Open first round.