World No.1 Ash Barty continues her winning run at the Melbourne Summer Series at Melbourne Park. 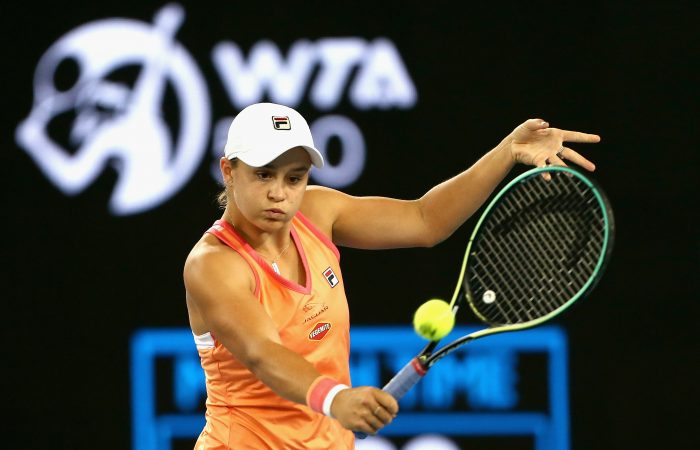 Ash Barty continues to build impressive momentum ahead of Australian Open 2021, advancing to the semifinals at this week’s Yarra Valley Classic.

There were tests for Barty, who got broken to love serving for the opening set at 5-3, but each time she found answers.

Barty, however, showed her class in a deciding match tiebreak. The unflappable top seed closed out victory after 92 minutes on court.

“There were certainly some challenges today, but happy to click into gear and find a way in that third set,” Barty said.

The Australian finished the match with 10 aces, hitting seven of them in the opening set.

“It was a tricky one. When the roof is shut in here, the conditions become quite sterile. For me it’s hard to feel like I can create a lot, but I thought I did well to hang in there,” Barty said.

“I’m happy to get through and get another opportunity tomorrow.”

Barty was slated to face fifth-seeded Serena Williams in the semifinals – however, the world No.11 has withdrawn with a right shoulder injury.

Serena Williams has withdrawn ahead of her semifinal at the Yarra Valley Classic due to a right shoulder injury.

Ashleigh Barty receives a walkover into the final.