There is plenty to cheer about for Aussie fans at Melbourne Park today, with 22 Australian players competing in the Melbourne Summer Series. 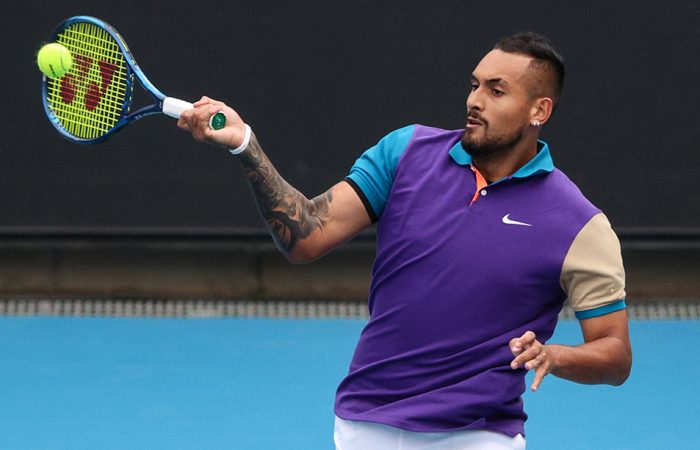 A blockbuster line-up of 77 matches is scheduled for today’s Melbourne Summer Series at Melbourne Park – and 20 of them feature Australian players.

World No.1 Ash Barty’s competitive return continues with a Yarra Valley Classic third round singles clash against Czech Marie Bouzkova, as well as a second round doubles match.

“It’s certainly nice to be back,” Barty said after her singles win yesterday. “I’ve been getting a little impatient the last few months getting ready to play.”

There’s plenty of Aussies to share the spotlight with this week too, with the Australian men starring on court at Melbourne Park. Seven progressed to the second round at the Murray River Open and six also advanced to that stage in the Great Ocean Road Open.

Nick Kyrgios, who is playing his first ATP tournament in 11 months, is thrilled to see the Aussies performing so strongly.

“We’ve got such a big crop of players now, especially with five or six of us at the top that they’ve got to draw from,” said the world No.47.

Kyrgios predicts those Aussies enjoying breakthroughs can continue their winning runs too.

“They can do it as well, they’re good players. I know, I’ve played with them, I’ve hit with them, I’ve seen them play,” he said of the chances of continued tour-level success. “They’re all capable. They just need to believe in themselves.”

However, Kyrgios is hoping to end Bourchier’s winning run when they meet at Court 3 today.

“I’m just going to go out there, have a bit of fun,” Kyrgios said of the match-up with his good friend.