World No.1 Dylan Alcott is a confirmed starter at Australian Open 2021, where he is the defending champion in the quad wheelchair singles and doubles events. 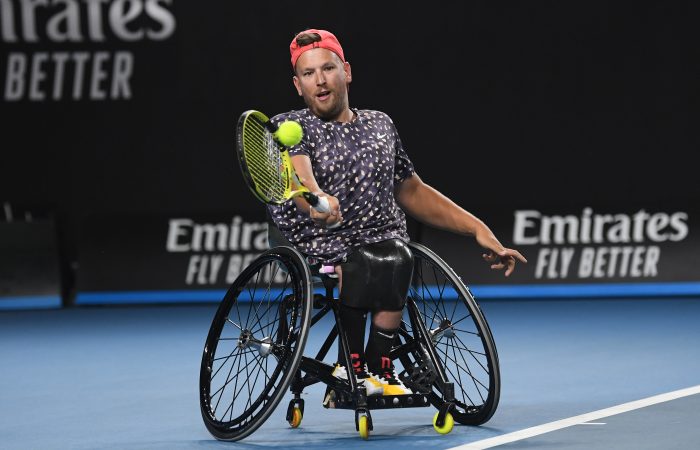 Dylan Alcott is aiming to create history at Australian Open 2021.

The 30-year-old from Melbourne is attempting to win a seventh consecutive Australian Open quad wheelchair singles title – a feat no man or woman in the Open era has previously achieved in any division at the tournament.

“I am super excited for the 2021 Australian Open after what has been such a challenging year for so many people. It’s awesome that the AO can bring a big lift to people whether they are able to attend live at Melbourne Park or watch TV, and I hope fans from around the world can enjoy the event,” Alcott says.

“I’m always extremely proud to have a Grand Slam take place in our own backyard and it is something we as Aussie players never take for granted. A mountain of work has been taking place behind the scenes to make sure the 2021 AO can go ahead in a successful and safe way, and I’m extremely appreciative of all the work done by Craig (Tiley) and everyone involved.

“In particular, I’m super pumped the AO quad wheelchair draws have been expanded in player numbers, the first Grand Slam to do so. I’ve had a really hard preseason and I’m looking forward to putting the work into action come February.”

Australia’s Ben Weekes has received a wildcard into the men’s wheelchair division, which also features the world’s top-seven ranked players.