In our Flashback Friday series, we look back at Andrew Ilie’s career and his infamous post-match celebrations. 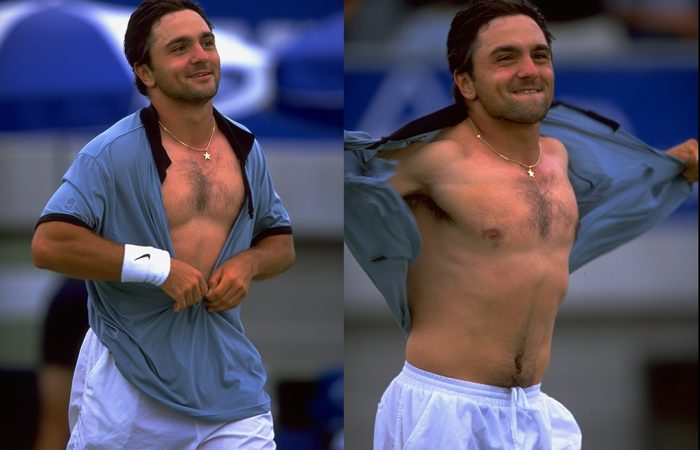 Andrew Ilie produced his best tennis at Melbourne Park – and the crowd absolutely loved him for it.

The Aussie made the third round at his home Grand Slam as a No.282-ranked qualifier in 1998, then advanced to the fourth round the following year.

His life story further captivated fans. When Ilie was 10, his family fled Romania and spent a year living in an Austrian refugee camp. They then immigrated to Australia, where Ilie pursued his love of tennis.

Ilie was an Australian Open boys’ singles finalist in 1994 and turned professional later that year. At 180-centimetres tall he was often shorter than his opponents, but relished the challenge.

“I’m regarded as a dark horse most of the time,” admitted Ilie during one of his Australian Open runs.

“(But) I enjoy that more than being in the limelight and being expected to win.”

Ilie advanced to the third round at Melbourne Park again in 2000, before making another fourth-round appearance in 2001.

The exuberant competitor’s ritual of shirt-ripping to celebrate a win actually began at Roland Garros in 1999 – but it become infamous with his success at the Australian Open.

Ilie built a 10-4 win-loss record in main draw matches at Melbourne Park from 1998 to 2001. A five-set upset of ninth seed Juan Carlos Ferrero in the 2001 second round was a highlight – and also the biggest Grand Slam win of his career.

He faced world No.6 Andre Agassi in the 2001 fourth round and pushed the eventual champion to four sets.

“It’s much more enjoyable watching him than playing against him,” Agassi noted.

The high-energy and expressive Ilie, who had a single-handed backhand and worked with Ash Barty’s current coach Craig Tyzzer, became a cult hero. His post-match shirt-ripping became so popular, fans at Melbourne Park lined up to be courtside for the moment.

“The public really, really wanted me to, you know, rip the shirt off. So I couldn’t let them down,” Ilie laughed during his 2001 run.

“People were just screaming, ‘Get your shirt off for God’s sake. Don’t walk off and leave us like this.’ But, you know, it was just great. I really, really enjoyed it.”

Ilie achieved a career-high ranking of world No.38, won two ATP titles and was an Olympic Games and Davis Cup representative for Australia. He played his last professional match in 2003 and after injury struggles, retired the following year at age 27.

Ilie moved abroad after retiring and found work as a tennis coach. His advice to his charges is: “Your destiny is in your hands.”

“For every minute during a match, you have to put in hundreds of minutes in practice,” he says.

“That is what I look for in players I work with – dedication, passion, aggression. You have to reach out there and take what you want, take the wins and don’t give up.”