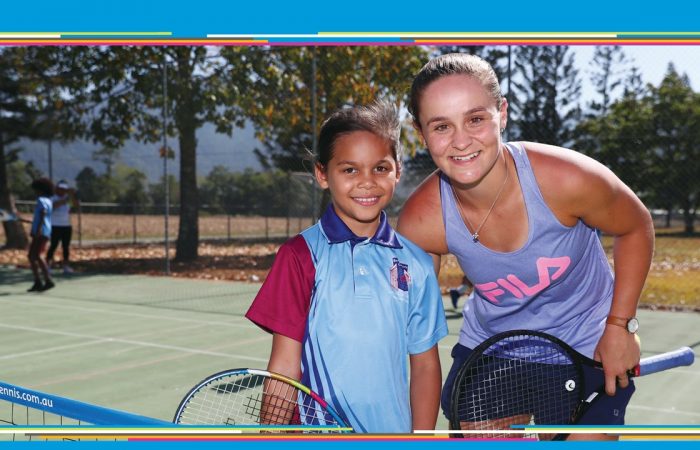 Speaking at the AGM this morning, Chair Jayne Hrdlicka was upbeat about the future of Australian tennis following a challenging year.

“For a sport that is famously individual, teamwork has been the hallmark of 2020 as Tennis Australia faced a year like no other. We started the year with the successful launch of the innovative ATP Cup that transformed both team tennis and the Australian summer, we also celebrated our biggest-ever Australian Open,” Ms Hrdlicka said.

“During the January tennis events of course we had the country’s worst bushfires in a generation. This created a constantly changing landscape operationally, led to smaller events getting moved between states and the heartbreaking devastation opened all our hearts and we launched a pop up fundraising event which raised $6 million for impacted communities.

“And then of course the reality of COVID-19 became clear, and as a sport we were up-ended along with many sports and businesses across the country.  Throughout this period, we have continued to function well across states and collaborate as one team, ensured tennis courts were open wherever possible and made all decisions as an aligned community seeking to keep everyone safe as the number one priority.

“Team work has been the essence of our year, and the heart of our relatively strong performance. While challenges remain amid global uncertainty, there’s a more powerful sense of opportunity as we look to the future.”

In a Members’ vote, held during the Tennis Australia Annual General Meeting in Melbourne this morning, Dan Bisa and Peter Robertson were re-elected for a further term.

Dan Bisa MBA, Bachelor of Economics (Hons)
Director, Tennis Australia since 2019
Joining the Tennis Australia board after four years as President of Tennis ACT, Mr Bisa is a lifelong tennis lover and father to two budding junior players. The Canberra businessman has been Managing Director of Bisa Property since 2003.

Peter Robertson B. App Science (Maths), MAICD
Director, Tennis Australia since 2017
Mr Robertson began playing junior tennis on the Sunshine Coast and represented the region at both junior and senior level. He was a committed fixture player in both regional and metro zones, and a regular player in tournaments and events throughout Queensland, NSW and the USA. Mr Robertson has a great love for the game and is passionate about the role sport can play in building community. He is a director with Renard Developments, Kawana Holdings, Golf Central BNE, Sleepy’s and EC Partners. He was a Tennis Queensland Director from 2010 to 2017.

Diane Grady AO, MBA, MA (Chinese Studies), BA (Hons)
Director, Tennis Australia since 2016
Ms Grady began playing tennis as a five year-old in Scottsdale, Arizona. Her love of the sport was a key factor in a move to Australia in 1979 and she continues to be involved at a grassroots level. She is a full-time non-executive director with over 25 years of experience on major public company and not-for-profit boards, and is currently a director of Macquarie Group, Grant Thornton, Chair of The Hunger Project Australia, and a member of the Advisory board of Heads Over Heels. Previous directorships include Woolworths, Lend Lease, BlueScope Steel, Goodman Group, Sydney Opera House, President of Chief Executive Women, and Chair of Ascham School. She was formerly a partner with McKinsey & Co focusing on growth strategies through innovation, customer service and marketing as well as being a worldwide leader of the firm’s global change management practice. She has published on governance, innovation and diversity topics.

The Tennis Australia Board comprises: