In our Flashback Friday, we look back at Jelena Dokic’s emotional charge to the Australian Open 2009 quarterfinals. 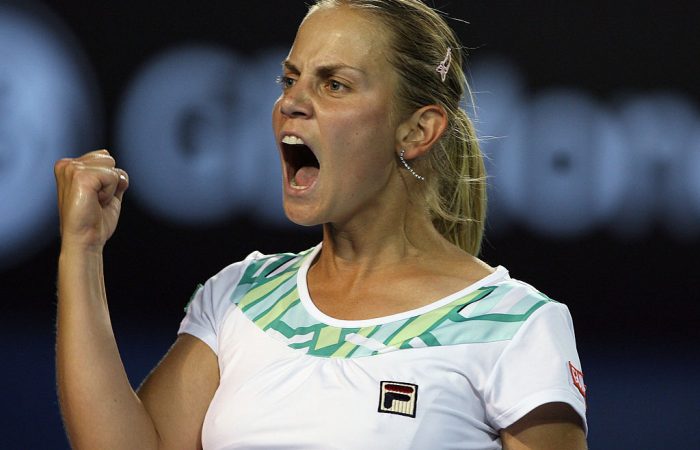 Jelena Dokic enjoyed a career-best run at Australian Open 2009, advancing to the quarterfinals as a No.187-ranked wildcard.

It was a magical performance that captured the hearts of Australian fans and sensationally thrust Dokic from the tennis wilderness back into the spotlight.

Dokic had soared as high as No.4 in the world and reached a Wimbledon semifinal as a 17-year-old in 2000. However, off-court issues had derailed her career and she was unranked in early 2008.

Determined to return to the sport she loved, a 25-year-old Dokic won the AO Wildcard Play-off to earn her place in the Australian Open 2009 draw.

Her fairytale journey began with a three-set victory over world No.80-ranked Austrian Tamira Paszek in the opening round.

“What I had to go through, it’s really great to have this win,” an emotional Dokic said after scoring her first Grand Slam main draw win since 2003.

“I don’t think a lot of people know what it means to me.”

Battling depression during her time off tour, Dokic admitted there were times when she had not picked up a racquet for months.

“I went through hell and back,” she related.

Dokic continued her winning run, overcoming No.17 seed Anna Chakvetadze in the second round. It was the Australian’s first top-20 win in more than five years.

She then stunned No.11-seeded Caroline Wozniacki in the third round.

Although Dokic had experienced a tumultuous relationship with Australian fans earlier in her career, they embraced her spirited return.

“It’s really absolutely amazing,” she said of the support.

“I didn’t expect them to be on my side.”

The roar of the Rod Laver Arena crowd was deafening when Dokic closed out a memorable fourth-round victory against No.29-seeded Russian Alisa Kleybanova.

It propelled Dokic into her fourth career Grand Slam quarterfinal – and first since Roland Garros in 2002.

“There’s absolutely nothing to be disappointed about,” Dokic said after the match.

“For me to get into a quarterfinals of a Grand Slam is a huge deal.”

The performance catapulted Dokic back into the world’s top 100 for the first time since October 2004 and she was recalled to the Australian Fed Cup team.

Dokic’s story of redemption was also a brilliant showcase of resilience, proving the power in never giving up on a dream.