Tennis Australia has been recognised at the Australian and New Zealand Sports Technology Awards, receiving the excellence in Esports award for the AO Summer Smash. 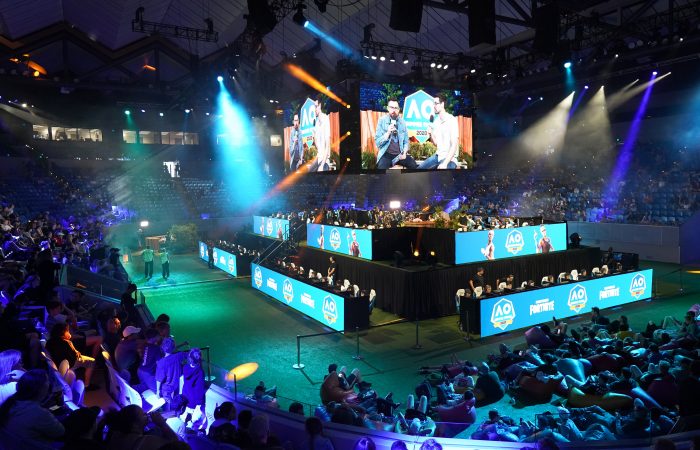 For the second year in a row, Tennis Australia’s AO Summer Smash has been recognised for excellence in Esports at the Australian and New Zealand Sports Technology Awards (ANZSTA).

ANZSTA recognises and celebrates excellence in data, digital and technology across the sports, media, entertainment, health and technology landscapes.

Keep an eye on our social media channels over the next couple of weeks to see the other 2020 ANZSTA Winners!#stws #sportstech #awards pic.twitter.com/ZQZlWnXjJ5

Some of the best Fortnite players from around the world competed in a solos tournament, with a further 90 personalities from the sports, entertainment and gaming worlds taking part in a ProAm Trios tournament for a record $500,000 in combined prize money and charitable donations.

MCA has been transformed for the #AOSummerSmash. Games are underway for the world’s best fortnite players.

Tune in live to all the action https://t.co/Wui56kulKV

Who are you cheering for? pic.twitter.com/Zj7aoR1CMh

Power, who has in excess of 14 million subscribers on YouTube, said he was happy that the Australian Open had embraced competitive gaming.

“I hope we can do it every year with the AO. I love seeing the combination of traditional sports and Esports. It’s definitely the future, and hopefully it just gets better and better every year,” Power said.

The solos event featured 90 of the best Fortnite players from Australia and around the world including popular talent benjyfishy, EpikWhale, World Cup runner-up psalm and World Cup duos winner Nyhrox.