Rally as One initiative to support bushfire-affected communities 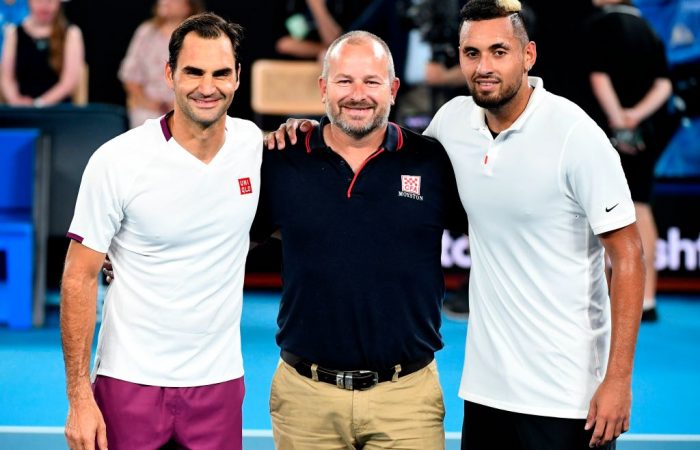 Rally as One, a national program to support bushfire-affected communities will be launched today by the Australian Open and Australian Tennis Foundation.

In January the global tennis community came together to raise more than $6 million as part of Tennis Australia’s Aces for Bushfire Relief initiative.

The fundraising efforts were showcased worldwide at AO Rally for Relief, a spectacular night of tennis and entertainment led by Roger Federer, Serena Williams, Rafael Nadal, Caroline Wozniacki, Nick Kyrgios and Petra Kvitova, just prior to the Australian Open.

“As the bushfires raged across Australia in January it was heart-warming to see so many of our global tennis family eager to offer support and raise funds to help those communities suffering such devastation,” Tennis Australia CEO Craig Tiley said.

“Through the Rally as One program we look forward to helping these communities rebuild, and to contributing in a meaningful way to their health and wellbeing.”

The funds raised will be used to help rebuild vital infrastructure in some of the areas worst affected by the bushfires in January, as well as deliver programs to support families and build resilience in kids.

“It was heartbreaking to see so many communities devastated by the bushfires that swept across the country in January,” Australian Tennis Foundation Executive Director Vicki Reid said.

“Rebuilding homes and community infrastructure is a long and difficult road and we wish to support the people in the community during this time. We’ve designed Rally as One to help communities come together, celebrate community spirit and promote social cohesion, knowing they have the support of the entire global tennis community.”

Rally as One kicks-off this week at Kangaroo Island, South Australia, where 48 per cent of the island was devastated by the bushfires in January.

A $40,000 contribution from the Australian Tennis Foundation will support rebuilding the hall, clubrooms and kitchen of the Stokes Bay Tennis Club and Community Hall, along with the playground, tennis courts, nets and fences.

As part of the launch, primary students from the Kangaroo Island Community Education, Parndana campus will be presented with brand new racquets and have a hit of beach tennis.

Kangaroo Island is the first stop in a series of Rally as One events, with trips to Yeppoon in Queensland, Cobargo in New South Wales, and Mallacoota and Cudgewa in Victoria all scheduled for the coming months.