In our Flashback Friday series, we look back at Ash Barty’s history-making win at the WTA Finals in Shenzhen last year. 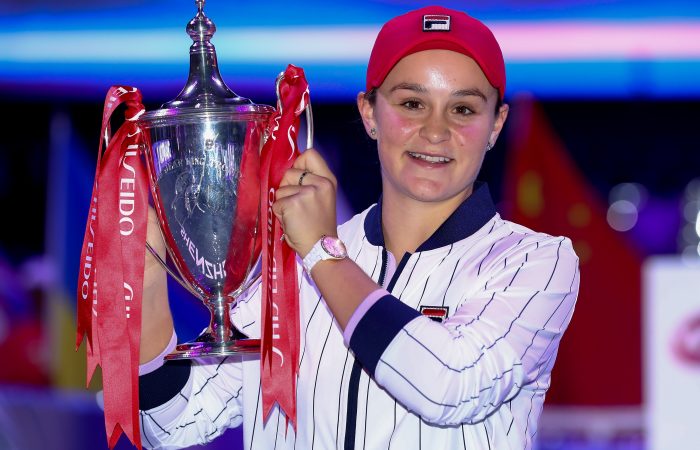 After winning her maiden Grand Slam singles title at Roland Garros and rising to world No.1 in June, the Australian qualified for her first WTA Finals appearance in singles.

Competing in the Chinese city of Shenzhen in late October, Barty proved why she was the world’s top-ranked player.

She scored round-robin wins against Belinda Bencic and Petra Kvitova, before overcoming Karolina Pliskova in a three-set semifinal.

It set up a final showdown with defending champion Elina Svitolina.

Barty recorded a 6-4 6-3 victory in the championship match, her first win against Svitolina in six attempts.

“To come through a week like this, you have to beat the best of the best,” Barty said after recording her fourth top-10 win of the tournament.

“To be in a position where we finished off our season in the best way possible is just remarkable.”

Barty’s performance secured the year-end No.1 ranking, making her the first Australian to finish a WTA season in top spot.

The 23-year-old also became the first Australian woman to win the year-ending singles championships since her mentor Evonne Goolagong Cawley in 1976.

Her reward for claiming the prestigious WTA Finals title was USD $4.42 million in prizemoney, the biggest payday in professional tennis history.

When asked how such achievements made her feel, the humble Barty’s response was: “Bizarre, if I’m being completely honest.”