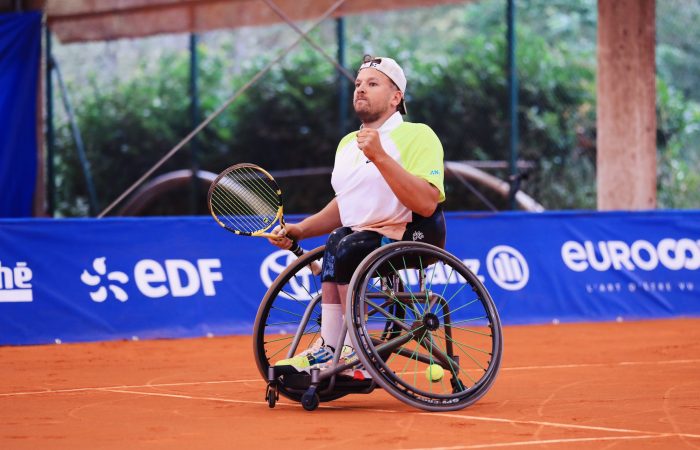 The 29-year-old from Melbourne returns to Roland Garros in impressive form too, having scooped titles at the French Riviera Open last week.

The world No.1-ranked Alcott defeated fourth-seeded Niels Vink of the Netherlands 4-6 6-2 6-1 in the singles final in Biot.

He teamed with Vink to win the doubles title too, defeating British duo Antony Cotterill and Andy Lapthorne 6-0 6-1 in the final.

It was an important confidence boost for Alcott, who had a 13-match winning streak snapped in the US Open singles final last month.

“I’m feeling good,” Alcott said ahead of his Roland Garros return. “Obviously I was extremely bummed from the US Open result, but I’ve had two-and-a-half weeks to train on clay and I’m looking forward to going out there and defending my title.”

Rather than feeling any pressure, Alcott is maintaining perspective ahead of his Paris pursuit.

“I feel very lucky to be here hitting tennis balls,” he said. “Obviously things are extremely tough back home and my heart goes out to everyone, which makes being able to get away and compete very special.”