Australia’s Daria Gavrilova and Astra Sharma have both lost their second-round singles matches in Paris. 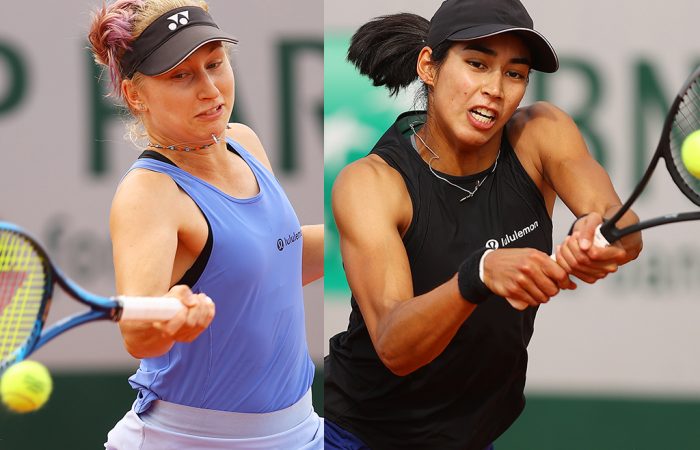 Playing only her second tournament in a return from a year-long injury lay-off, Gavrilova proved she hasn’t lost her trademark fight. The 26-year-old from Melbourne challenged the resurgent Canadian, who reached her first WTA final in more than four years earlier this month.

Bouchard, a Roland Garros semifinalist in 2014, eventually closed out a 5-7 6-4 6-3 victory after two hours and 24 minutes on court. She finished with 44 winners, while Gavrilova hit 37 of her own.

“I had my chances but with a lack of match play I lost focus,” Gavrilova conceded. “(I) didn’t play as tough and my intensity went away and that’s where I gave her a second chance and she took it.”

Despite the loss there are many positives to take from the tournament for the returning Gavrilova, who scored her first top-30 win in almost two years earlier this week.

“Physically I had doubts. I was like ‘can I do it? I haven’t played for a year’. It played on my mind, but in the end I was fine,” she said.

The world No.31-ranked Alexandrova proved too strong for Sharma in their second-round clash, posting a 6-3 6-3 win.

Alexandrova did not face a break point in their 61-minute match, losing only 12 points on serve and finishing with 21 winners. It is the second consecutive match the 25-year-old Russian has eliminated an Aussie contender, having also defeated Maddison Inglis in the opening round.

“She played a pretty clean match. She came pretty aggressive at me. I just don’t think I was consistent enough,” Sharma said.

It ends a career-best Grand Slam singles run in Paris for the No.134-ranked Sharma, who has vowed to use this as a learning experience.

“I think whenever you play matches at this level, you’re exposed quite a bit on what you need to work on,” said the 25-year-old from Perth, who remains in the women’s doubles draw.

“Coming into the Australian summer, that’s a few months away still so I got a lot of time, (there’s) a lot of specific things I need to work on to get better to push these girls at a higher level.”