Former world No.1 Lleyton Hewitt is one of five nominees for induction into the International Tennis Hall of Fame in 2021. 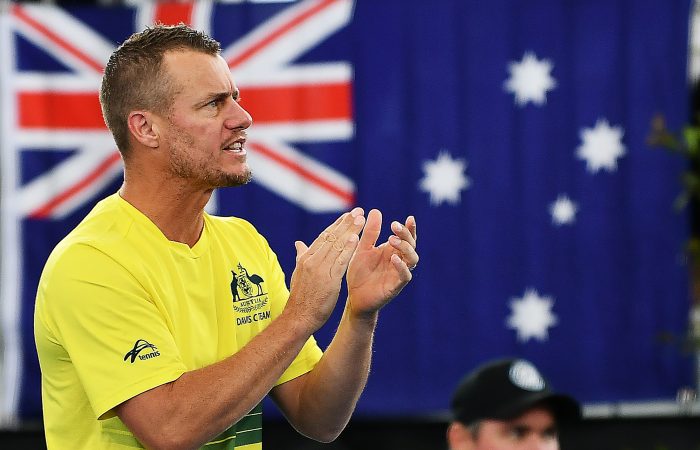 Australia’s Lleyton Hewitt could be inducted into the International Tennis Hall of Fame next year.

The 39-year-old is one of five players nominated for 2021 induction. Also in consideration are American Lisa Raymond, Sweden’s Jonas Bjorkman and Spanish greats Juan Carlos Ferrero and Sergi Bruguera.

Hewitt became the youngest player to hold the No.1 singles ranking during his stellar career, rising to the top spot at age 20 in 2001. He won 30 career singles titles, including Grand Slam triumphs at the US Open in 2001 and Wimbledon 2002. Hewitt is also a two-time Davis Cup champion, playing an Australian record of 43 ties.

“I’m incredibly honoured and grateful to receive this nomination. I had so many great Australians to look up to while I was coming up in the sport,” says Hewitt.

“To know that my career is up for consideration to be recognised alongside the likes of Hall of Famers Tony Roche, John Newcombe, Rod Laver, Roy Emerson, Ken Rosewall, and so many other greats who I admired is just an amazing honour.”

If inducted into the International Tennis Hall of Fame, Hewitt will become the 32nd Australian player to receive the honour. The most recent Australian inductee was wheelchair champion David Hall in 2015.

Fans will get the chance to vote online during October for which of the nominees they believe should be inducted into the International Tennis Hall of Fame. The results of the fan vote are then combined with an official voting group comprised of Hall of Fame members, historians and journalists.