Australian Open 2020 quarterfinalist Ons Jabeur and other rising professionals are among the recipients of grants distributed through the Grand Slam Development Fund. 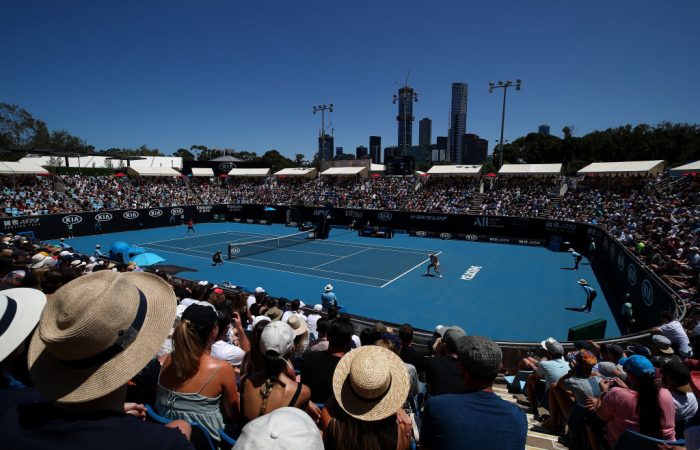 The program, now in its fourth year, provides total annual funding of $650,000 to selected players from around the world as a contribution towards their competition-related costs, with the aim of helping them to develop as professional tennis players and compete in Grand Slam tournaments.

The GSDF Committee considers specific age, ranking and regional representation criteria when making decisions on which players should receive grants, with all recipients deemed to show exceptional potential.

Since the introduction of the program in 2017, multiple players who received grants have progressed into the Top 100 of the ATP or WTA rankings and are competing at the Grand Slams on a regular basis. Previous recipients of International Player Grand Slam Grants include Ons Jabeur (Australian Open 2020 quarterfinalist and world No. 34), Elena Rybakina (world No. 18), Cristian Garin (world No. 21) and Hubert Hurkacz (world No. 31).

Fifteen players who have received International Player Grand Slam Grants since 2017 are set to contest the main draw at Roland Garros next week, while a further 18 are competing in qualifying in Paris this week.

ITF President David Haggerty said: “We once again thank the Grand Slam tournaments for their support, especially in these challenging and uncertain times. Investing in development is more important than ever, in order to ensure that players from all over the world are able to compete at the top of the sport. This is crucial for the continued growth of tennis around the world. For many players, support from the GSDF is crucial in enabling them to go on to enjoy long and successful careers.”

The GSDF was originally established in 1986 to encourage and increase competitive opportunities in developing tennis regions. With annual contributions from the four Grand Slam tournaments, the fund has become an effective means to develop competitive tennis worldwide. The fund has contributed more than $50 million to tennis development since its inception.

The fund is designed to encourage the establishment of both junior and professional circuits, and to assist players directly, through touring teams or travel grants, to gain international competitive experience. This has helped increase the number of nations represented in Grand Slam tournaments and other international competitions.

Grand Slam champions Gustavo Kuerten, Li Na, Jelena Ostapenko, Victoria Azarenka and Simona Halep are among the leading names to have been supported by the fund.