In our Flashback Friday series, we look back at when Jelena Dokic won her maiden WTA title in 2001. 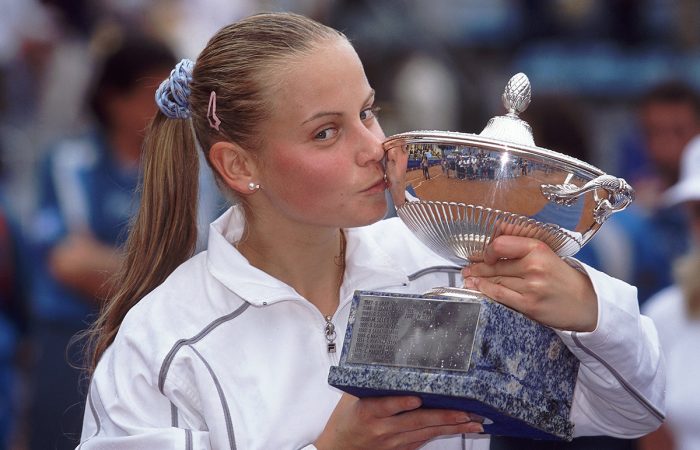 Winning a first WTA title is a major milestone in any player’s career – and for Jelena Dokic, this happened on a big stage.

“It’s no small title either, so to have it as my first one is great,” said Dokic after winning one of the world’s biggest clay tournaments.

Dokic, who was ranked No.23 at the time, dropped one set throughout the tournament (against world No.32 Patty Schnyder in the second round).

She defeated world No.14 Conchita Martinez in the semifinals to advance to her first tour-level final, setting up a showdown against world No.6 Amelie Mauresmo.

Mauresmo entered the final with a 31-2 win-loss record for the season.

“Going into the match, she was a big favourite to win,” Dokic admitted of Mauresmo, who had defeated world No.1 Martina Hingis in the semifinals and was attempting to win her fifth title of 2001.

Yet Dokic was unawed and played her fearless brand of tennis. After winning the opening set in a tiebreak, her confidence continued to grow.

“As soon as I won the first set, I think that’s what won me the match,” Dokic related. “I think I started to play even better and she sort of went down a little bit.”

Dokic committed only three unforced errors in the second set to claim her maiden WTA title with a 7-6(3) 6-1 victory.

“She just played a good match, that’s for sure,” Mauresmo conceded.

The performance propelled Dokic into the world’s top 20 for the first time.