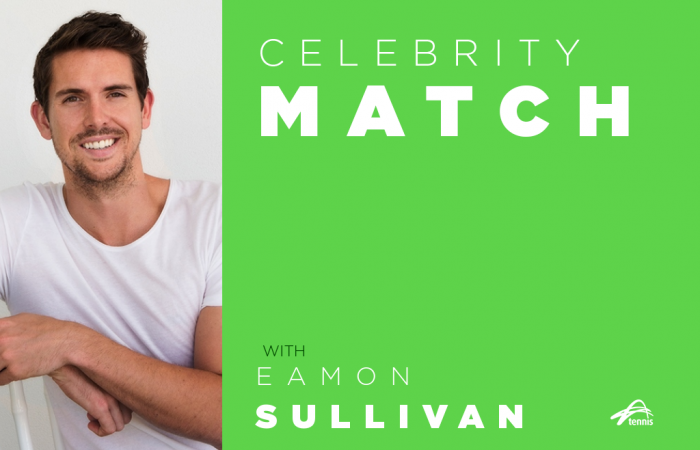 Eamon Sullivan is an Australian swimming champion who once held the 50-metre and 100-metre freestyle world records. He is a three-time Olympian, winning two silver medals and a bronze at Beijing in 2008. Sullivan is also a two-time world champion and won three Commonwealth Games gold medals in his stellar career. The 35-year-old, who won reality television show Celebrity Masterchef Australia in 2009, now manages several restaurants in Perth.

In our Celebrity Match series, Sullivan reflects on his favourite tennis memories …

I haven’t played ‘officially’. I did a lot of training and kids tennis. I really enjoyed it, but never took the next step and haven’t played for a long time!

Apparently, I have a good open forehand.

Going to my tennis instructor’s backyard in my own time to practice my ‘Philippoussis’ serve on a 40 degrees day. I had to jump in the pool afterwards to cool off!

I can’t remember the exact one – but it was Steffi Graf and the grunting is what I remember!

I usually like watching underdogs, but to be a cliche, it would be Roger Federer. He is the epitome of a professional. He makes it look so easy, he is so calm and collected, and you can see the strategy changes he makes based on his opponent’s reactions. It makes me so jealous watching how dominant he is.

Ash Barty. She is a gun athlete and loves a beer – why wouldn’t you want to meet her?!

Can’t wait for the Hopman Cup to start. Come on Aussies! Im ready to step in if I need to…. just give me a chance coach! @racarena #hopmancup

Tennis is fun because … anyone can play and have fun!