In our Flashback Friday series, we look back at an all-Australian final between Pat Rafter and Mark Philippoussis at the US Open in 1998. 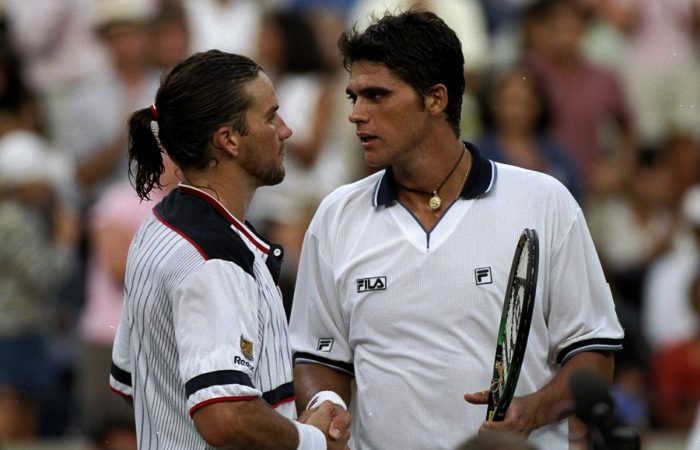 Australian tennis fans had lots to cheer about at the US Open in 1998, with both Pat Rafter and Mark Philippoussis progressing to the men’s singles final.

It was the first time two Australian men had faced-off in a Grand Slam final in 22 years, stretching back to an Australian Open 1976 final between Mark Edmondson and John Newcombe.

The last all-Australian men’s singles final showdown in New York had been when Ken Rosewall defeated Tony Roche in 1970.

“It was a big occasion for both of us and I think me having the experience really helped,” Rafter reflected. “I was very, very relaxed in this match.”

Rafter dominated his No.22-ranked compatriot, posting a 6-3 3-6 6-2 6-0 victory. He won the final 10 games of the match and finished with 39 winners and five unforced errors in total.

Rafter, who had defeated world No.1 Pete Sampras in a five-set semifinal, became the first Australian man to defend a Grand Slam singles title since Ken Rosewall at Australian Open 1972.

The third-seeded Rafter had survived an opening round scare at the tournament, recovering from a two-sets-to-love deficit to defeat Moroccan Hicham Arazi. A loss would have made him the first men’s singles defending champion to lose in the first round.

“Very lucky,” Rafter said of his escape. “I felt that way the whole tournament, very lucky.”