Alex de Minaur loses in his first professional match since February, while Ajla Tomljanovic is knocked out in a three-set battle. 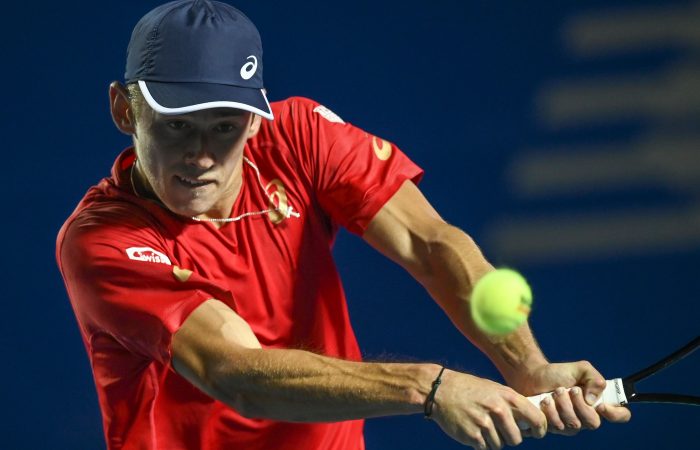 Alex de Minaur and Ajla Tomljanovic have both been eliminated in the opening round of the Western & Southern Open in New York.

“It shows we can move past the tragedy that has happened this year,” De Minaur said of his tour return.

“We are showing we can put tennis back on the map, we can have live sport again. All the people stuck at home have got something to watch, which I think is very important.”

Tomljanovic is still searching for her first win in the tour’s return too. The No.57-ranked Aussie lost a two-hour, 46-minute battle against Veronika Kudermetova today. The No.41-ranked Russian won 5-7 6-3 7-5.

John Millman is the sole Australian left in the singles draw, with Jordan Thompson and Astra Sharma both losing in the final qualifying round yesterday. The No.43-ranked Millman plays his first round match against France’s world No.38 Adrian Mannarino tomorrow.

In doubles, Ellen Perez and Storm Sanders combined to upset seventh seeds Anna-Lena Friedsam and Katerina Siniakova 6-2 1-6 [14-12] to move into the second round. They were the only Australian winners on day one of main draw action.

The US Open, also played at the same venue in New York, begins on Monday 31 August.