While competitors in UTR Pro Tennis Series events are seeded according to their latest UTR, players of every level can compete locally and count globally through the global rating system. 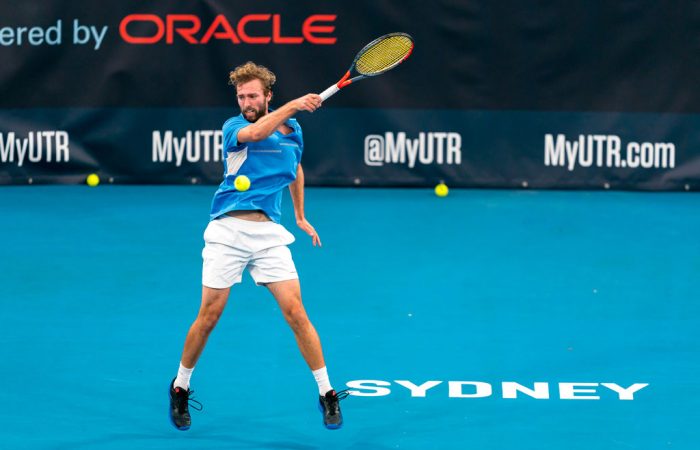 Professional tennis has resumed in Australia with the UTR Pro Tennis Series.

Headlined by the likes of Christopher O’Connell, Alex Bolt, Lizette Cabrera and Maddison Inglis, the series is open to all professional players in Australia.

After commencing in Sydney yesterday, the series continues with events in Melbourne and Brisbane tomorrow, with later instalments to be staged in Adelaide and Perth.

Running until early August, the series offers a combined prize money pool of $450,000.

While gaining valuable match play, competitors are also experiencing the new normal in tennis. The event is staged with strict biosecurity and health controls to ensure the event’s safety for players.

A new normal but a familiar spirit as the UTR Pro Tennis Series Sydney begins with strict safety protocols in place. #TheCourtIsCalling pic.twitter.com/8BfIVVddnA

Players in each event enter and are seeded based on their latest available Universal Tennis Rating (UTR).

The UTR system rates all players – professional, collegiate, junior and recreational – on the same 16-point scale, regardless of age, gender or location.

This rating is calculated based on a player’s 30 most recent results within the past 12 months, the number of games they win in those matches, and the strength of their opposition.

A player’s UTR is therefore said to reflect their “current skill level based on actual performance”, and allows players to compete locally while having their results count globally.

In Sydney this week, Christopher O’Connell’s UTR of 14.83 makes him the No.1 seed in the men’s draw. Abbie Myers leads the women’s event with a UTR of 12.05.

Marc Polmans (UTR 14.73) leads the men’s draw in Melbourne from tomorrow, with Storm Sander (UTR 12.48) the top seed of the women’s event.

Since the suspension of tennis due to the COVID-19 pandemic, several exhibition events have sprung up around the globe, with many counting towards players’ UTRs.

This week’s Credit One Bank Invitational in Charleston – played at the site of the WTA’s Volvo Car Open – is one, a women’s team event with an impressive field headlined by Grand Slam champions Victoria Azarenka, Sloane Stephens and Sofia Kenin.

Last month, the UTR Pro Match Series in West Palm Beach, Florida marked the return of professional tennis. A four-player men’s event, won by Reilly Opelka, was followed by a women’s tournament in the same format.

As players compete locally in Australia at the UTR Pro Tennis Series, they are also building on their UTR.

Matches follow a best-of-three format, with the first two sets featuring a standard tiebreak and a match tiebreak determining the outcome if scores reach one set all.