As Australia celebrates Mother's Day, we catch up with former professional Anne Minter who reflects on her tennis journey and motherhood. 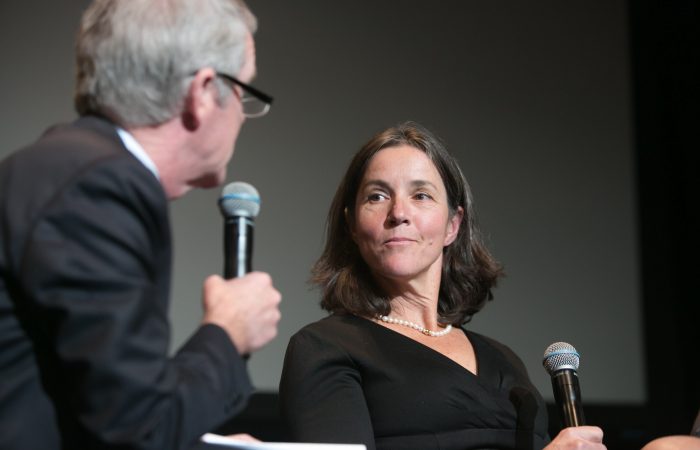 It is not always easy to watch your children compete, as Anne Minter can attest.

But when son, Andrew Harris, made his Grand Slam singles main draw debut at Australian Open 2020, it was a moment she did not want to miss.

“I don’t like watching my kids play because I get too nervous. You want them to do well because you know how much it means to them and how much work they have put in,” she told tennis.com.au.

Minter knows what it takes to excel on the sport’s biggest stage, achieving a singles ranking of No.23 and winning four WTA titles in her own professional playing career. She made the third round or better at all four Grand Slam tournaments, twice reaching Wimbledon’s fourth round and the Australian Open quarterfinals in 1988. She was also a French Open mixed doubles finalist in 1984.

It made her more qualified than most to offer some pre-match motherly advice in January.

“My only advice was just try to control those nerves. You don’t want to be disappointed that you couldn’t play your best tennis because of nerves,” she said.

“Nerves are part of it though and the more you play Grand Slams, the less nervous you get.”

“To have got there through all the adversity he’s had with injuries, he could have easily given up. He has been really committed and has always done all the work,” she said.

Harris did not win the match but in making his Grand Slam debut, it marked a major milestone in his tennis journey.

Minter’s own tennis journey began at a young age, coached by her mother who was a state-level player. She and younger sister Elizabeth both pursued professional careers, becoming the first sister combination to play doubles for the Australian Fed Cup team.

“I seemed to really play well when I played for my country,” Minter noted of a Fed Cup career that included multiple wins over higher-ranked opponents and a 1984 finals appearance.

“That was a nice surprise,” she said. “I didn’t even know those awards existed.”

Since her retirement in 1992, Minter has played little competitive tennis.

“As soon as I stopped playing tennis, basically that was the end of that life,” she said.

“After tennis and having my kids, I found I did want a competitive outlet so I took up triathlons. I did them for quite a few years.”

Injury has since forced her to turn her attention to golf.

“That’s my passion now,” she said.

Tennis has remained a constant in her life though. First through offering private coaching lessons on the family’s backyard court and now with two of her children, Andrew and Samantha, pursuing professional careers.

“We gave them options to play other sports. Andrew did baseball and football, Samantha was good at athletics. They were the ones who wanted to pursue tennis,” she said.

With Minter and her husband coaching their children, it was a family effort to help them chase their tennis dreams.

“Our eldest child is not a tennis player. She was a swimmer and into triathlons. It was really hard for her being the non-tennis person, as a lot of our family holidays were around tennis tournaments,” she said.

“It’s very costly, time-consuming and the whole family has to make a lot of sacrifices. It is worth it though. Even in our situation if Andrew and Samantha don’t go any further, they’ve had great experiences. They both played college tennis in America and loved that. They have graduated with degrees and have great work ethics from the discipline needed to combine tennis and study. Being organised, determined and disciplined are all good qualities to have in life.”

Andrew, who possesses a one-handed backhand like his mother and won two Grand Slam boys’ doubles titles alongside Nick Kyrgios in 2012, enjoyed a career-best year in 2019 and achieved a career-high singles ranking of No.159 in November.

Samantha, 24, is currently unranked after a run with injuries and targeting a tour return.

Both are currently isolating at their parent’s Melbourne home, where they can use their backyard court and home gym. While enjoying the extra time with her children, Minter admits the COVID-19 shutdown of professional tennis is tough.

“Andrew and Samantha are coping with it fine because they are used to dealing with extended time-off through injuries. They can still hit here and train so it’s not too bad, but basically they’ve lost income until I don’t know when,” she said.

“It is hard especially on tennis players because you’ve only got a finite amount of years in your career. It is not like a job that can go for 30 years. You only have an opportunity for a few years at your peak to try to make it. You don’t want to lose a whole year.”

It does mean they will spend Mother’s Day at home this year though, a bonus gift for their proud mum.

Happy Mother’s Day to all the mothers in our tennis community.