Dylan Alcott and Heath Davidson have helped Australia qualify for the 2020 World Team Cup in the quad wheelchair division. 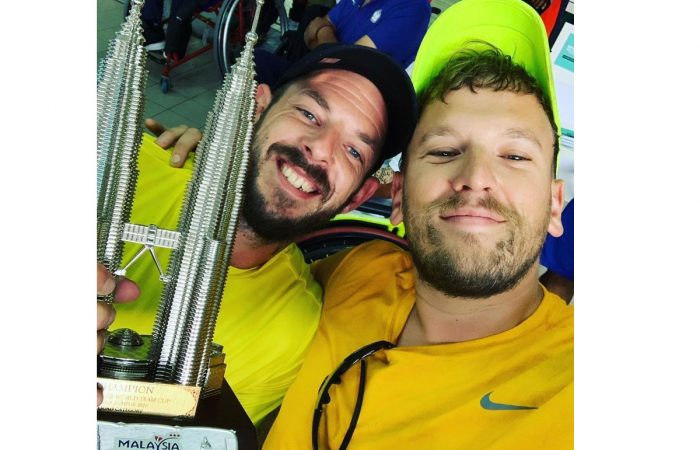 The duo won the quad division at the World Team Cup Asia Oceania qualifications in Kuala Lumpur last week, booking their spot in the Portugal-hosted finals. The 2016 and 2018 champions needed to contest qualifying after missing last year’s World Team Cup.

“It’s amazing to qualify for the World Team Cup Finals, it’s a favourite event for Heath and I, so we are stoked with the result here and can’t wait to compete in Portugal,” Alcottsaid.

“We didn’t play last year so it’s great to be back,” added Davidson. “Being a Paralympic year it’s always good prep, we get to compete against the best players and nations in the world leading into Tokyo, where we are hoping to defend our gold medal there.”

Ben Weekes and Martyn Dunn finished runner-up in the men’s wheelchair section. After progressing to the final without dropping a set, the Australian team lost to host nation Malaysia.

Major pride in our Aussies at the World Team Cup Asia Oceania qualification in Malaysia.

Quad duo @DylanAlcott & @heathdavidson13 took out top honours and are through to the world group, while Martyn Dunn & Ben Weekes made it all the way to the final. Great week 👏 #GoAussies pic.twitter.com/q2D3ZnMe2z