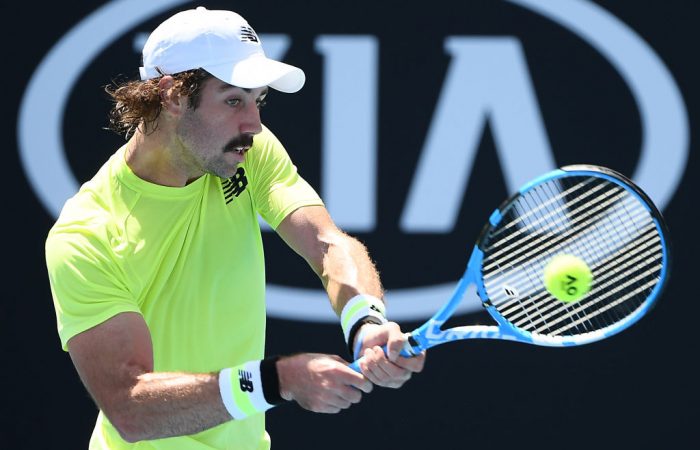 A day after stunning top seed John Isner at the New York Open, Australia’s Jordan Thompson has bowed out in the quarterfinals, losing in three sets to Andreas Seppi.

The world No.63 started strong against the Italian veteran, securing the first set in a tiebreak after neither player surrendered serve.

Thompson took a 2-0 lead in the second set but was unable to maintain the advantage, dropping serve in the sixth and 10th games to allow Seppi to level.

The Italian, ranked No.98, seized momentum, racing to a 5-0 lead in the decider. Thompson saved two match points in the sixth game but it was a short reprieve; Seppi secured victory in two hours and 16 minutes to progress to the semifinals.

It marks Thompson’s third loss to Seppi in the three matches they’ve played. The 35-year Seppi next faces Jason Jung, a world No.131 qualifier from Taipei.

For Thompson, a quarterfinal run marks the second straight year he’s progressed so far in New York. Last year, he lost to Isner in one of six quarterfinal appearances for the season.