Jordan Thompson beats No.1 seed John Isner for the first time in four attempts to reach the quarterfinals of the ATP New York Open for the second year running. 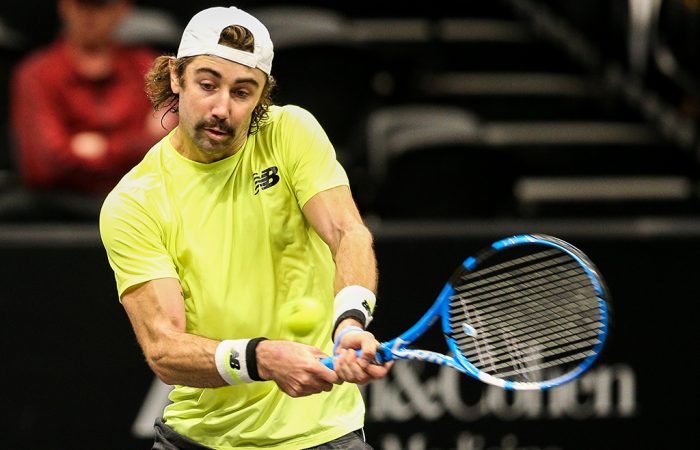 Jordan Thompson won through to the New York Open quarterfinals for the second straight year following an upset win over No.1 seed John Isner.

Thompson won 80 per cent of his first serve points and 68 per cent on his second delivery to set up a quarterfinal meeting with Italian veteran Andreas Seppi.

Thompson’s win over Isner marks the first time he has beaten the former top-10 star in four matches. The 18th-ranked Isner is also the highest-ranked player Thompson has beaten in 2020.

He lost to Isner at the quarterfinal stage of last year’s tournament in New York.

Seppi, meanwhile, has won both his previous meetings with Thompson; at the Australian Open and in Delray Beach last year.