Marshall through in Launceston 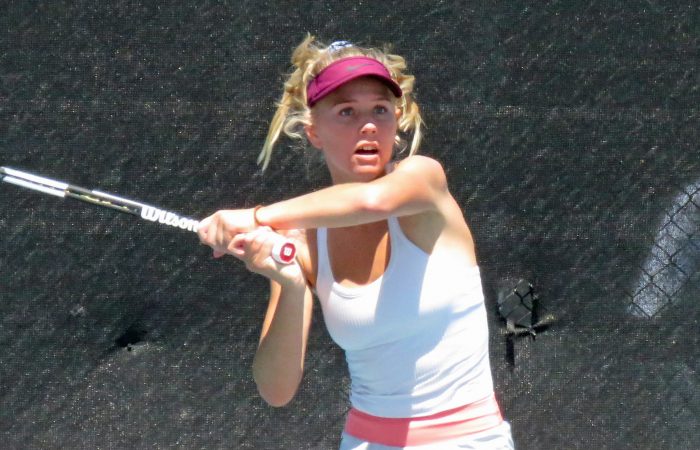 Teenage wildcard Amber Marshall cruised through her opening round match at the Launceston International on Wednesday, defeating Australian countrywoman Alicia Smith in a match lasting just over an hour and a half.

“I felt a little bit of pressure getting a wildcard and then getting an Aussie first round,” the 18-year-old South Australian said. “But I just went out there and played my game and it worked.

“I’ve been playing pretty well lately so I’m hoping it’s a level I can sustain.”

After posting the 6-2 6-3 victory, Marshall will go on to face seventh seed Belinda Woolcock, who dropped just two games in her win over wildcard Laura Ashley. While the pair have never met previously, Marshall is aware of her opponent’s credentials.

“I’ll just go out there and try to work towards to my strengths,” she said.