O’Connell bows out in Bendigo quarters 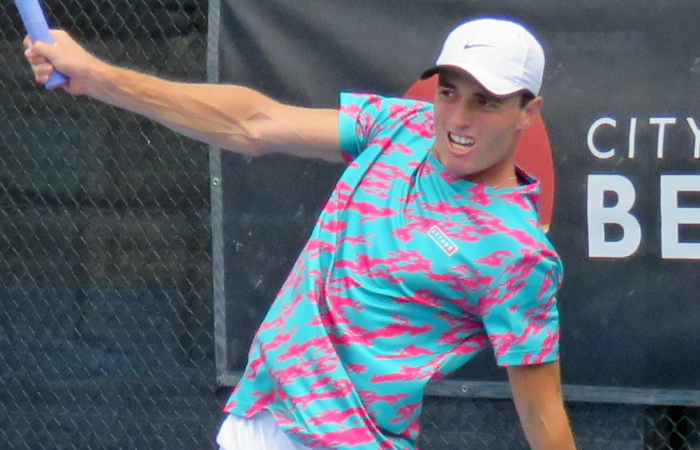 O’Connell, 25, said the 6-4 6-2 quarterfinal loss was a tough one. “It’s my second tournament of the year and I felt quite good. Probably the conditions didn’t suit me all that well, I struggled with the wind a bit, but all credit to Stefano, he’s playing some really good tennis at the moment, he had some good wins at the ATP Cup recently.”

The world No.116 enjoyed a break-out year in 2019, making four ATP Challenger finals and racking up two titles.

“I had a huge year and I played a ton of tennis,” he said. “I finished off really strongly in America playing the Challengers. I was going deep most weeks and ended up tallying a lot of matches.”

His success was rewarded with a second wildcard into the Australian Open this year, after playing in 2017.

“It’s such a privilege,” he said. “It’s a great atmosphere and I’m really looking forward to the opportunity. But I want to be making all the Slams without any help, so getting into the Top 100 is a huge goal of mine and I’m not far off now.”

O’Connell has a tough test in the opening round at Melbourne Park, facing Russian Andrey Rublev, the No.17 seed.

Elsewhere, three third round matches held over from Wednesday started proceedings with fifth-seeded Bosnian Damir Dzumhur prevailing 6-4 3-6 6-3 over Japan’s Yosuke Watanuki (No.10) before Travaglia eliminated Russian Konstantin Kravchuck prior to his encounter with O’Connell. Second seed Roberto Carballes Baena of Spain came back from a set down to defeat Chile’s Marcelo Tomas Barrios Vera (No.13).