Lizette Cabrera sets up a second-round contest with Kristyna Pliskova after an upset of Caroline Garcia in Hobart. 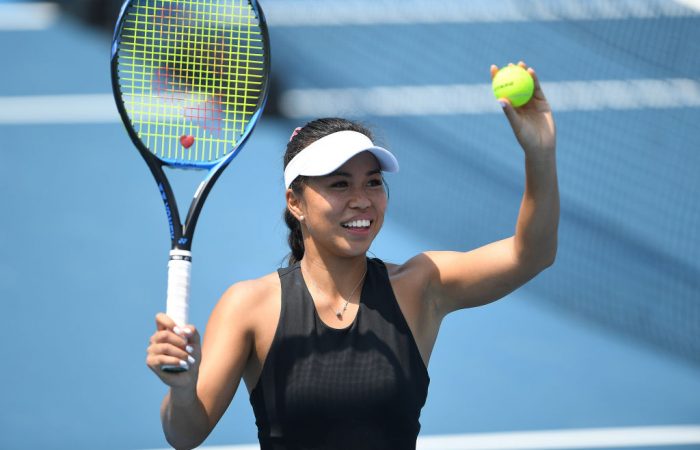 Australia’s Lizette Cabrera has notched one of the biggest wins of her career, beating former world No.4 Caroline Garcia in the first round of the Hobart International.

“I didn’t think I was playing my best tennis and I don’t think Caroline was either,”  said Carbrera

“It was kind of tough sometimes with the wind picking up here and there but I thought mentally I was really strong throughout the whole three sets and kind of had the edge over her.”

It was the second opening round exit at Hobart in the space of two years for Garcia, who is currently ranked world No.46.

The 129th-ranked Cabrera will next meet Kristyna Pliskova, the identical twin of world No.2 Karolina.

She is the lone Australian remaining in the tournament after Samantha Stosur and Astra Sharma were eliminated on Monday.