Ash Barty and partner Kiki Bertens are denied an early 2020 title as Hsieh Su-wei and Barbora Strycova clinch the doubles crown in Brisbane. 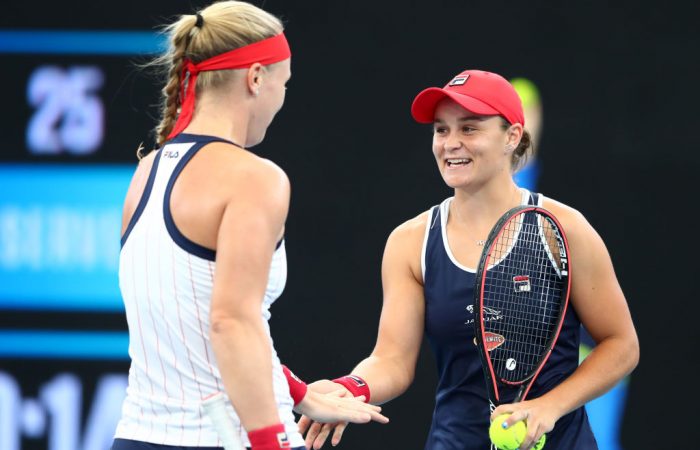 Australia’s world No.1 singles player reminded home fans of her doubles pedigree as the unseeded pair got within a point of the match in the second-set tiebreaker.

“It was a hell of a match and it set the tone for the season!”@ashbarty reflects on a superb @BrisbaneTennis doubles final. pic.twitter.com/3PGrqzcO2o

Barty had lost her second-round singles match to qualifier Jennifer Brady – her first singles match of the year after a first-round bye.

Her doubles run meant the Queenslander still earned about $65,000 at the tournament despite her early singles exit, all of which she pledged to donate to the Red Cross Fire Appeal.

“With everything that’s been going on in Australia, the way that everyone’s come together’s been incredible and all and all I’m bloody proud to be an Aussie,” Barty said at the trophy presentation.

The Adelaide International, where Barty will start as top seed, awaits the 23-year-old in her final hit-out before the Australian Open starts on January 20.