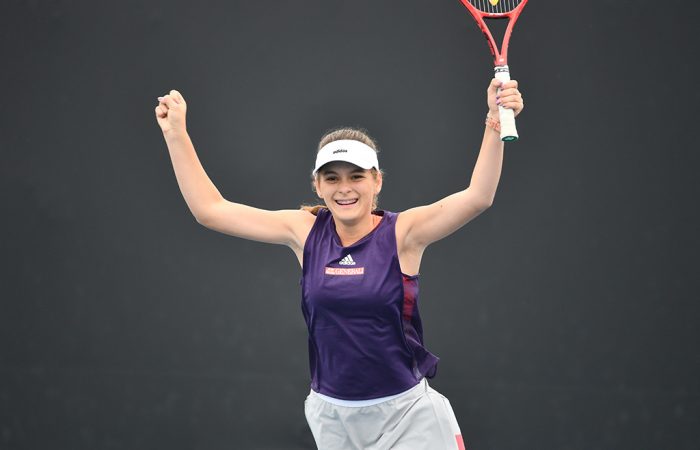 No.1 seed Alana Subasic of New South Wales on Sunday on the 12/u Australian Championships at Melbourne Park.

Subasic had been forced to come through three consecutive three-set battles to reach the final; her win over Villegas was her sixth straight this week.

“It feels amazing. I just won the Perth nationals, so my goal was just to win the Showdown. So I just feel speechless right now,” she smiled.