McCabe, Sekulic to clash for 16/u Australian title

Top seed James McCabe and third seed Philip Sekulic won three-set semifinals on Saturday to set up a showdown in the final of the 16/u Australian Championships. 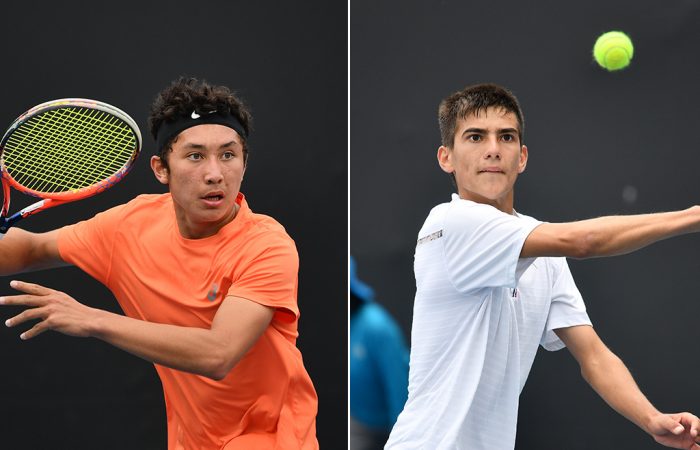 Top seed James McCabe will face third set Philip Sekulic in the final of the boys’ 16/u Australian Championships on Sunday.

“That game that I got broken to go 5-2 down, I had like 10 games points but didn’t take it. I think Eddie got a bit nervous. I just tried to get everything back, and when I had the chance to hit it, I’d hit a winner,” McCabe told tennis.com.au.

McCabe, who reached the quarterfinals of the 18/u Australian Championships last week at Melbourne Park, said at the beginning of this week that his aim was to win the 16/u event.

The top seed has moved to within one match of that goal.

There he will meet Sekulic, who dropped his first set of the tournament against Cook in a torrid affair on Court 5.

Sekulic admitted he had not seen McCabe play this week, but would be prepared when they clash on Sunday.

“It was a pretty tough match today. My opponent was playing really well, so just happy to get through a really tight match. I think I just lifted my intensity a bit more, compared to the second set.

In the girls’ 16/u tournament, top seed Talia Gibson came out on top of an all West Australian affair against Taylah Preston, last week’s 14/u Australian champion.