In 1970 Margaret Court won the Australian Open, the first Grand Slam tournament of the year, thus starting what would become an historic year in tennis. 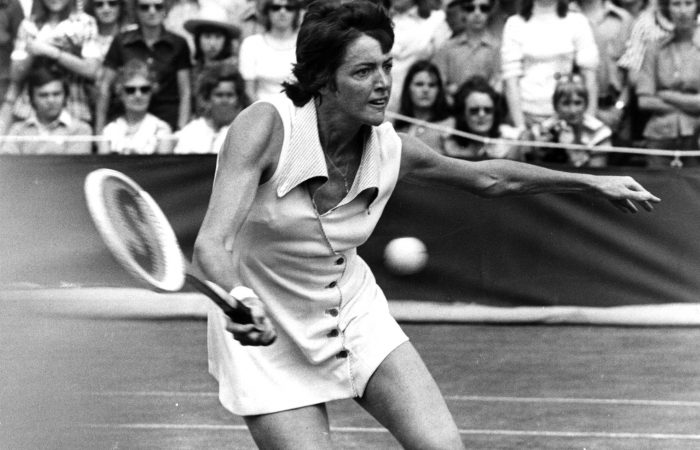 In 1970 Margaret Court won the Australian Open, the first Grand Slam tournament of the year, thus starting what would become an historic year in tennis.

As the year went on, Margaret collected more trophies, including the women’s singles at Roland Garros, at Wimbledon, and finally, the US Open, to complete the Grand Slam – a feat matched by only two other women, Maureen Connolly in 1953, and more recently by Steffi Graf in 1988.

To mark this historic occasion, Margaret Court, along with her family and friends, has been invited to Australian Open 2020 as a special guest, and to participate in a significant program of events throughout the tournament.

“I’m looking forward to celebrating the 50th anniversary of winning the Grand Slam with my family and friends at the Australian Open,” Margaret Court said.

“This is an incredible milestone for me, and I can’t quite believe how quickly the time has gone. It’s always wonderful to catch up with my fellow legends and I’m grateful to Tennis Australia.

“Tennis is a wonderful sport and I’m proud to be part of the history of our great game.”

In June this year Tennis Australia’s production team spent a day with Margaret at home in Perth, filming for a mini documentary which will be released during the event.

During filming Margaret shared precious memories of her time on the tour, and intimate reflections on her unmatched achievements. Her on court prowess, reputation for being supremely fit and training in a fashion way ahead of her time, along with her nickname ‘the arm’ for her massive reach, are remembered by fellow legends including Rod Laver.

The Australian Open’s official program also includes a feature on Margaret’s achievements in 1970.

Other plans for the 50th anniversary include in-stadium entertainment that takes the audience back to 1970 and Margaret’s historic win, and the annual Australian Open Legends Lunch.

Further events and opportunities, as is usual at the Australian Open, will be announced during the tournament.

Tennis Australia respects Margaret’s unmatched tennis career and welcomes her to the Australian Open, particularly in this milestone anniversary year.

As often stated, Tennis Australia does not agree with Margaret’s personal views, which have demeaned and hurt many in our community over a number of years. They do not align with our values of equality, diversity and inclusion.

Our sport welcomes everyone, no matter what gender, ability, race, religion or sexuality, and we will continue to actively promote inclusion initiatives widely at all levels of the sport.

In 2017 the Australian Open launched #Open4All, a major diversity and inclusion initiative, designed to showcase the many inclusive opportunities in tennis.

#Open4All encompasses events such as the Glam Slam, an international LGBTQI tournament that has been held at the Australian Open for the past few years, and will be back for AO 2020. We have also hosted events for the National Inclusion Conference and have ongoing working relationships with the Pride in Sport Index and Stand Up Events.

A full program of #Open4All events at Australian Open 2020 will be released in the coming weeks.

The Australian Open is for everyone, and we look forward to welcoming the world to Melbourne in January 2020.