Kia will support the annual December Showdown as part of an increased commitment to supporting Australian tennis talent. 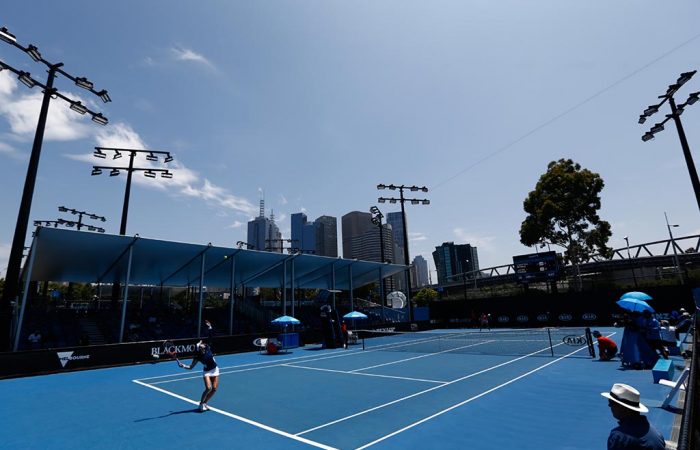 In a tournament first, Kia has come on board to support the annual December Showdown as part of an increased commitment to supporting Australian tennis talent.

The December Showdown presented by Kia is Australia’s biggest junior series and will kick start the summer of tennis, starting tomorrow Saturday 30 November to Sunday 15 December.

More than 400 of Australia’s top junior athletes from every state and territory will compete in the national hardcourt championships, which will also host players from the Asia-Pacific including Japan, New Zealand, Singapore, Pacific Oceania and India.

Players will compete for national titles across the 12/u, 14/u, 16/u and 18/u age groups, with Australian Open junior wildcards up for grabs in the 16s, as well as the opportunity to earn a wildcard into the Australian Open Play-off for the 18/u girls’ winner.

The pinnacle of the tournament is the Australian Open 2020 Play-off featuring 16 Australian men and women battling it out for a coveted main draw wildcard. The AO Play-off will take place from Monday 9 to Sunday 15 December with the full field to be revealed next week.

The Kia partnership will see eight junior players at the Showdown be nominated for a‘Kia’s Most Driven Award’ based on the values of commit, compete and respect. From the eight nominees, one junior girl and boy will also be selected earning them the ultimate Australian Open experience for them and a guardian.

“We are thrilled to welcome Kia on board to support the December Showdown,” Australian Open Tournament Director Craig Tiley said.

“The annual December Showdown is a great opportunity for junior athletes from around Australia to compete, enjoy and connect at the home of the Australian Open and we are excited to extend our partnership with Kia Motors to this great event.

“All of our top players including Ash Barty and Alex de Minaur have competed in the December Showdown and it’s a fantastic event to foster junior talent and support our emerging Australian players.”

“As Major Partner of the Australian Open for the past 18 years we wanted to extend our reach to support the next generation of Australian tennis. These events help talented, young and ambitious Australian kids reach their potential and Kia would like to be a part of that journey,” Damien Meredith, Chief Operating Officer at Kia Motors Australia said.

“We are looking forward to hosting players from around Australia and the Asia-Pacific again here in Melbourne,” Tournament Director Francis Soyer said.

“Every year the December Showdown grows bigger and better and further investment from Kia will only mean that we can increase our support for the tournament and Australian players.”

The Australian Open 2020 Play-off will be livestreamed via tennis.com.au and Channel Nine’s on demand channel 9Now will stream the finals.

For all December Showdown presented by Kia news, draws and order of play please visit here.

Live scores will be available via the Scorebuzzer website here:tennisau.scorebuzzer.com