Australia will host Brazil in a Davis Cup qualifying tie on 6-7 March 2020, bidding to return to the 18-nation finals event in November. 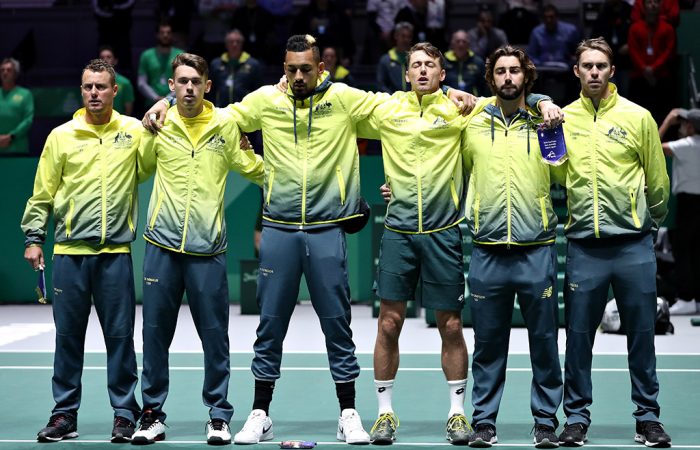 Australia will host Brazil on 6-7 March 2020 in a Davis Cup qualifier, with the winner earning a place in the Davis Cup Finals next November in Madrid.

The venue and city in Australia are yet to be determined.

In all, 24 nations will play off in March in traditional “home and away” ties to decide which 12 go through to the finals in Madrid and join this year’s semifinalists — Spain, Canada, Great Britain and Russia — and wildcards France and Serbia.

The 12 home-and-away ties will consist of four singles matches and one doubles match in best-of-three sets.

Australia hosted Bosnia & Herzegovina at the same stage of the competition in February this year, earning a 4-0 victory in Adelaide that sent the team into the inaugural finals.

Captain Lleyton Hewitt’s side then beat Colombia and Belgium to win Group D and advance to the quarterfinals, where eventual finalists Canada proved too strong.

The United States, the Davis Cup’s most successful team with 32 titles, will have choice of venues for its tie with Uzbekistan.

Sunday’s draw also matched 2018 champions Croatia with the winner of the Pakistan v India series while Colombia will face Argentina.