After qualifying and then bundling out the top seed in his maiden victory, Queenslander Will Maher has reached the semifinals in Darwin. 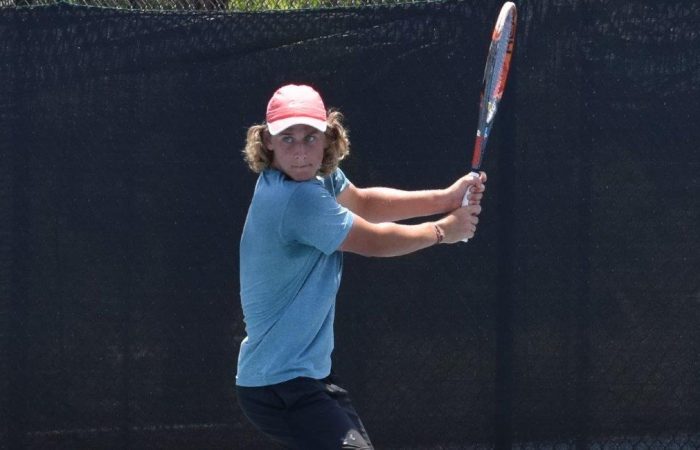 Brisbane qualifier Will Maher continued his stunning run at the Darwin International on Friday, cruising past Canadian Martin Beran to reach the semifinals.

“I didn’t expect things to pan out this way but I’m definitely happy,” Maher said. “It’s only my second tournament back in a couple of years so I just wanted to play some good tennis and see how it went. It’s working for me so far.”

The young Queenslander took some time away from the game at the beginning of 2018 to consider his future. “I stopped playing for about eight months and was just working fulltime in a restaurant,” he said. “I got a bit frustrated and I think it just got too much in the end.

“After some time off I realised that it’s not that bad and even if you’re losing, you are still traveling the world, seeing all these amazing places and meeting new people, so that’s what brought me back into it.

“I had hardly picked up a racquet but I decided that I missed it, so I made a comeback, starting in Cairns last week.”

While that ended in the third round of qualifying, Maher’s confidence has since skyrocketed.

“I played well enough to beat the top seed on the first day, so now I just want to keep going and see how far I can get. I feel like all of these matches are potentially winnable, but I’m just happy if I leave it all out there. If I come away with a win, that’s a bonus.”

Maher must get past Calum Puttergill to make the final, after the unseeded Queensland resident ousted fourth seed Vladyslav Orlov of Ukraine, last week’s Cairns finalist.

Wildcard Blake Mott has been the hot hand of Australian Pro Tour to date, the recent Cairns titlist overcoming Victorian Dayne Kelly for the second time in a fortnight, 4-6 7-6(5) 6-4. He takes on Brit Brydan Klein (No.3) in the remaining semifinal.