Australia has landed in Group F of the ATP Cup, which will be staged in Brisbane and which also features Germany, Greece and Canada. 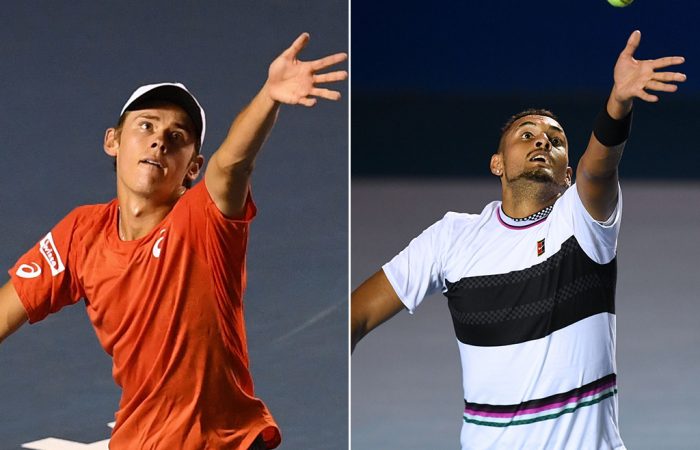 Hosts Australia will be based in Brisbane for the group phase of the inaugural ATP Cup men’s team tennis competition in January.

Australia has been drawn to contest Group F with Germany, Canada and Greece in Brisbane in the first week of the event, starting on 3 January 2020.

The 19 countries already qualified were each assigned to one of six groups across the three host cities – Brisbane, Perth or Sydney – at the official draw on Monday at the Sydney Opera House.

Five additional countries will also qualify to compete at the 24-team tournament based on the ranking of their highest-ranked singles player, completing the other four-nation groups.

“The top players of those four teams in that group is all the young superstars, that are that ‘next gen’ group coming through now,” said Lleyton Hewitt, who was on hand to help conduct the draw in Sydney on Monday.

“I think the conditions of Pat Rafter Arena suits both those boys (Kyrgios and de Minaur).”

Also playing in the Queensland capital will be world No.1 Novak Djokovic’s Serbia, who will face France, South Africa and a yet to be determined nation.

Sydney will host Roger Federer’s Switzerland in Group C with Belgium, Great Britain and another soon to be added country, as well as Group E which contains Austria, Croatia, Argentina and an as yet unknown fourth team.

Rafael Nadal’s Spain will play in Perth in Group B against Japan, Georgia and a yet-to-be-named qualified nation while the Group D contingent of USA, Russia, Italy and a qualifier will also play in the west.

The $21 million event will double up as the season-opening tournament for the men’s tour, in the lead-up to the Australian Open.

Eight teams from the six-day group stage will advance to the Final Eight, the elimination stage of the competition which continues in Sydney until 12 January.