The Official Draw for the ATP Cup, the most exciting new event in world tennis, will take place on Monday 16 September. 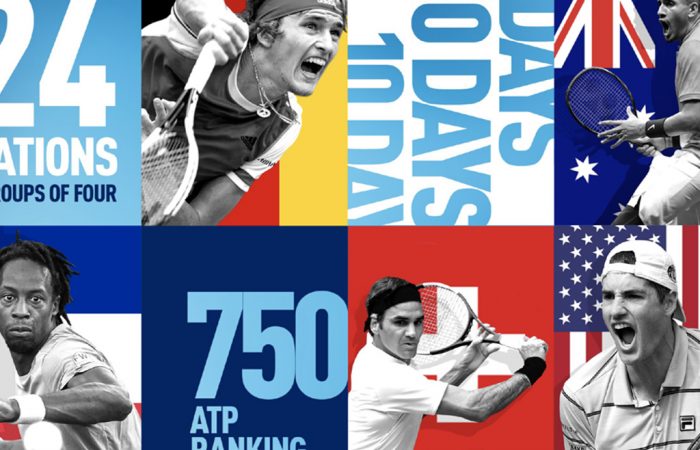 In 12 days’ time, the draw will reveal where the global superstars of the sport will start their 2020 season, and which countries will compete in Brisbane, Perth and Sydney.

The ATP Cup will feature 24 countries going head-to-head as they battle for the world title with valuable ATP Ranking points at stake in both singles and doubles. And with a prize purse of AUD $22 million, the ATP Cup will offer more prize money than any other ATP event on the calendar.

The current ATP Cup Standings, based on the ATP Ranking position of each country’s top-ranked singles player, is a provisional entry list and an indication of which countries and players are likely to compete.

Participation is subject to players committing to the event by the tournament’s two entry deadlines of 13 September for the first 18 teams, or 13 November, for the remaining six teams.

If not included in the top 18 at the first entry deadline of 13 September, Australia will receive a host country wildcard. Australia currently sits at No.19 in the ATP Cup standings.

“We know the eyes of the world, and certainly the playing group, will turn to us on Monday 16 September when we’ll know the top 18 countries entered, and in which city – Brisbane, Perth or Sydney – they will play”, Tennis Australia CEO Craig Tiley said.

“There’s a lot of excitement around the ATP Cup and we can’t wait to present this stunning new event for fans across three cities. With week two of the US Open having the potential to change the fortunes of a number of players and countries, I know there’s a lot of interest in the ATP Cup Standings as we head towards the official draw.”

HOW THE ATP CUP STANDINGS WORK