With Alex de Minaur's second-round match held over to Thursday, there will be six Aussies vying for a place in the third round on Day 4 of the US Open. 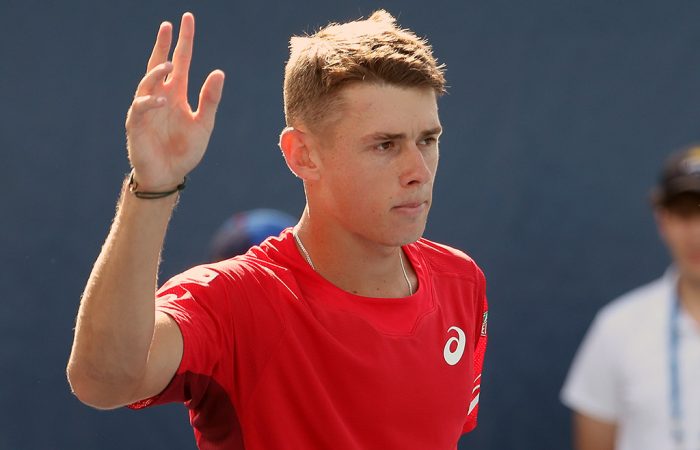 Alex de Minaur, who had his US Open second-round match postponed, will resume his battle with 31st seed Christian Garin on Thursday.

Drizzling rain in New York left De Minaur holed up in the Flushing Meadows locker room for six hours on Wednesday, before a break in the weather allowed the Australian No.2 on court briefly.

But he only managed to squeeze in one service game before play on all outside courts was suspended for the day eight minutes into his clash with Garin, with the Australian leading 1-0 and Garin 30-0 ahead on serve.